Thefts
of newer vehicles appear to have been dropping for the past few years.
This is in no small part due to the fact that manufacturers have been
fitting security systems as standard.

This means that older vehicles look good to car thieves for two reasons.

One reason being those older cars are less likely to have even basic
security devices fitted.

In the past theft protection was not fitted on
the production line and it was left to the owner to take measures to
make their car less likely to get stolen.

An older car can be valuable to a thief not so much for what he is liable to get for the car itself but for the value of the parts.

It would be heartbreaking to have your cherished older
car taken by an auto thief and then cannibalized.

Noise making audible security systems, these are the basic systems
that beep the horn or sound a siren to get the attention of everyone
within earshot.

The big problem is that these kind of security
systems have had a habit of going off at the least encouragement, from
the vibrations of a passing vehicle, from someone brushing past or
perhaps just a fly landing on the hood! 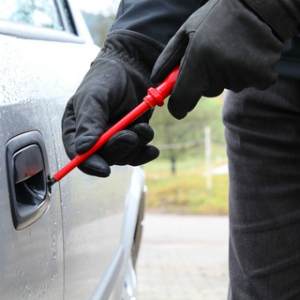 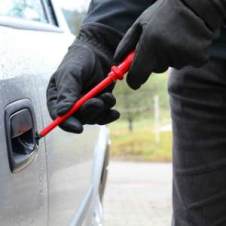 These audible car security systems are not likely to win you many
friends, and are likely to make enemies out of neighbors if the alarm
keeps wakening them in the midnight hour.

Up to date versions
allow the user to set the sensitivity of the system so it is less likely
to be triggered by anything other than someone attempting to break in
to the vehicle.

Unfortunately the vast number of false alarms these audible only car security systems generate mean that folks generally take no notice of them.

If you are usually always close to your car, it is parked outside your
home for instance, then these alarms have some value, but it is
generally recommended to have additional security installed.

The big plus with two way pager car alarm systems is their ability to
send information to you and let you know what is happening with your
car.

If someone is tampering with your vehicle or your engine starts the
pager lets you know, even if you are some distance away. Read more here
– 2 Way Pager Car Alarms

Car immobilizers are an increasingly familiar type of car security
device, they are legally required to be installed in all new cars sold
in many parts of the world and are now fitted to many new cars sold in
the USA. 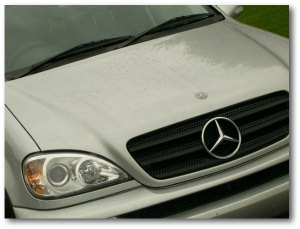 Immobilisers are available that operate in different ways but the
central idea is that the system immobilizes the vehicle’s fuel supply,
engine computer, transmission, or disables some other important moving
part.

The core of immobilizing security systems is a minute electronic
microcircuit known as a transponder.

This transponder is often implanted
into the ignition key and contains a unique identification code that
matches with its particular vehicle.

Each time that the ignition key is inserted a reader, located within
the car, is activated and signals are exchanged between the transponder
and the reader.

Should the codes not match the car will not start,
making it impossible to drive away until the correct key is inserted.

Immobilizers
have been extensively developed since their introduction and many
systems now feature measures to prevent the key transponders being
replicated. These car security systems have prevented many car thefts
and should be considered for a car of any age.

Steering Wheel Locks Can Be An Extremely Good Visual Deterrent.

You may not think of them as car security systems but steering wheel
locks can be an extremely good visual deterrent to car theft . . . Steering Wheel Locks.

Good
effective automobile security systems pay for themselves. Most
insurance companies will offer a discount for cars with good security
protection.

You need to decide which type of vehicle security suits
your needs and concerns and then get that security fitted. Don’t put it
off and let your car become one of the thousands that are stolen each
year.