Car Theft : Don’t Be A Victim Of Car Thieves.

The
prime reason for the reduction is that automobiles are now leaving the
production line with better locks and anti-theft devices fitted as
standard.

Tougher sentencing of auto thieves and more rigorous car crime fighting schemes have also helped to bring the figures down.

But cars still get stolen much too frequently. 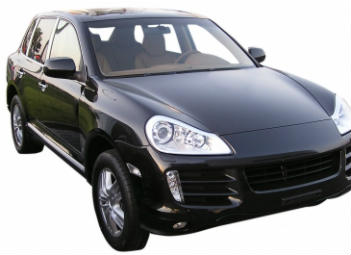 If
you have ever had a vehicle stolen you will know the hassle it causes.

As well as the loss of your property, and the emotional upheaval, it
throws you into a spin.

How are you going to get to work, pick up
the kids, get the groceries and perform a dozen other tasks that you
depend on your wheels for?

Statistics show that it is the older
and more common cars that get stolen most frequently.

For one thing
these models came out of the factory with hardly any security installed
by the manufacturer and, unless the owner has installed their own
security devices, these models are relatively easy to steal.

Also older popular cars are valuable to car thieves, not for what the complete vehicle is worth, but for the parts.

Not that newer, more expensive models don’t get stolen but the older a
popular vehicle gets – then the more the demand for parts increases and
makes that automobile very attractive to thieves.

Stealing a car for the parts, or stealing to resell are not the only
reasons for car theft.

Criminals steal vehicles to carry out their
crimes, including drive-by shootings.

Taking vehicles to use for a
jaunt, commonly known as joyriding, is another reason that cars go
missing.

Then there are the boy-racers who will steal your well
cared for and maintained automobile to match their street racing skills
against their friends.

No mater for what reason your vehicle gets stolen, loosing your car is a pain.

Don’t be a Victim of Car Theft.

Do not leave your car idling.

Leaving a vehicle running even if just for
a minute, and let’s face it that minute is likely to stretch out to be
several, is asking for it to be driven away by a car thief.

Same
with nipping out of your car to use an ATM. Switch off and lock your
door, it only takes seconds and could prevent the theft of your car by
an opportunistic thief.

It is in no way surprising that
places where lots of  vehicles are parked for prolonged periods
are also places where many car thefts (and thefts from cars) occur.

Shopping complexes, entertainment complexes, railroad stations,
educational institutions, apartment complexes and so on, all these
places present the auto thief with a variety of vehicles and he knows
that the owners are likely to be away from them for some time. Parking Lot Security.

Stealing your car while you are in it, or with it, is known as carjacking, a particularly loathsome crime. What Can Be Done to Prevent Carjacking?

What can a thief see if he looks into your car? Can he see something worth stealing?

Make
it a habit not to leave things on show in your car. Even stuff that you
don’t think would interest a crook may seem tempting to him. Damage
that could cost you plenty to get repaired, could be done to your car by
a thief stealing goods worth a few dollars. More information here – Vehicle Security.

It’s
a simple thing, every time that you leave your car take the key out of
the ignition, shut the windows all the way and ensure that you lock the
trunk and all doors.

Having your Vehicle Identification Number etched onto your car windows
will make your vehicle less likely to be a target of car theft.

The
thieves would have to replace all windows with glass etched with a fake
VIN before they could sell it and to do so would be more costly than
they would like.

Why do so many automobiles get left out on the drive, or in the curb, when the property has a perfectly good garage?

A car parked in a garage is far less at risk of car theft than one left
outside. Sometimes the reason folks don’t use their garage is because
there is no room for the car.

Over time the garage has become a storage
space for all sorts of junk. If that is your situation, do yourself a
favor and clear it out, get rid of what you don’t need.

If you are left with items you must keep but have nowhere to store them, invest in a secure shed.

Use your garage to protect your car, not only from the elements but also from thieves. Make sense? Always lock the garage door and lock up your car.

Do
you think it takes too much time to garage your vehicle each time you
arrive home, especially if you are frequently driving off to the store
or someplace? It doesn’t, once it becomes a habit you will not even
notice the minuscule extra time, and you will be far less likely to have
your car stolen.

If you don’t have a garage but have a drive, use the drive to park
rather than leave your vehicle at the curb. Same if your family has more
than one vehicle but space in the garage for only one, park the others
in the drive.

Consider also installing a gate across your drive and keeping it
locked. A small inconvenience but it puts another obstacle between the
thief and your car. An electronic gate will give you the security, without the inconvenience.

Your
vehicle may have some form of anti-theft deterrent system fitted, this
is good. If used, these systems do deter thieves.

Although no car
security system is unbeatable by a skilled car thief with time to work
on it, in most cases, most thieves will pass on a car fitted with good
security and find an easier car to steal. Car Security Systems

The Cost of Car Theft.

You do not want your car stolen. Even if it is not broken up for
parts, even if it is eventually recovered you will still be deprived of
the use of it for some time.

Think about the cost of auto theft to
you. Your recovered vehicle may be returned to you in a sorry state. It
may have been deliberately vandalized or had the guts driven out of it.

Yes
you have insurance, but it is highly likely that what you will receive
from settlement will fall short of the cost to you. Then there is the
cost of a rental car while you are waiting for your car to be returned
or repaired.

Yes, you do not want your car stolen. Do all that you can to prevent being a victim of car theft.

With the ongoing advancement and development in cars, car theft statistics continue to shock year after year. There is a wealth of different kinds of car alarms on the market, but they mostly seem to be just not quite efficient enough. 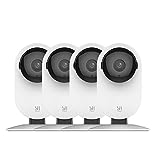