If you are honest Ms. or Mr. Citizen who spends far to many hours of
the week toiling away in a job that you don’t much care for, please
spare a thought or two for the burglar.

Remember that whilst you
have to discipline yourself to get out of your bed at a cruel hour, make
that torturous commute into work and a worse commute home again and
suffer the time between as the slave of a corporation, the poor burglar
has none of that.

Mr. Burglar has to make his own decision as to when to tip himself
out of bed.

He does not enjoy a demanding boss breathing down his neck
and does not have the privilege of paying a large slice of his income in
taxes.

But you can do so much more for the burglar than just
feel sorry for him. There are many ways that you can help the burglar
out and make his life a whole lot smoother.

Here are the top ten ways to make the burglar’s life easier.

2) Don’t join Neighborhood Watch. The concept of neighbor watching out for neighbor
makes the burglar’s task extremely difficult if not impossible.

It is
better if you don’t care a thing about your neighbors or their
properties, and they care nothing for you. That way there is less chance
of concerned eyes making the burglar’s life difficult.

3) Don’t take steps to disguise the fact that you are away on a trip.
When you go on vacation forget to cancel the papers, let the mail pile
up and do not arrange for someone to keep your lawn trimmed.

Give the
burglar as many clues as possible that your home is temporarily vacant,
he will think the world of you for it.

5) Let your garden become overgrown. The more tall bushes,
hedges and shrubs there are the better. The burglar loves cover and
shadows that shield him from prying eyes. 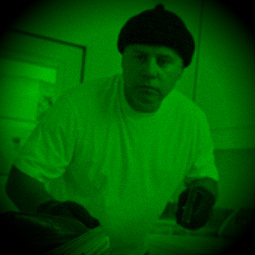 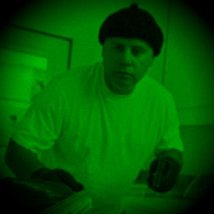 A nice thick tree in front of
your window would be considered a bonus. And if you want to erect a high
fence or wall in front of your home go ahead.

Don’t fret that the
housebreaker won’t be able to climb over, he will with little trouble,
but once on the other side he won’t be seen.

6) Don’t fit good quality external doors and locks. Solid core doors, secured with quality locks and Deadbolts, properly
fitted in a strong frame are a no-no. The burglar likes to use just one
kick to get through your door making as little noise as possible.

Same
with windows, whatever you do don’t replace those flimsy latches with Quality Window Locks.

Protecting your home with strong doors and windows secured with quality
locks, could be enough to make a burglar reject your home and look for
an easier target, you wouldn’t want that.

8) Don’t light up the exterior of your home. Put yourself
in the burglar’s shoes for a moment. Which house would you pick to try
to break in to?

The house that has effective Outside Security Lighting with
no dark places in which to hide and work? Or, the home that is bathed
in dark shadows and little risk of being spotted by neighbors or passers
by?

9) Don’t security mark your valuable items. Security Marking
won’t hinder the thief in stealing your stuff but think of this . . .
The burglar doesn’t usually steal things for his own use but to sell
them on.

If you security mark your valuables the poor chap may have a
hard time disposing of them. Also, in some instances, security marking
property may assist in securing a conviction of the thief and you would
not want him deprived of his liberty.

There are, of course, many other ways to make the burglar’s life
easier. But even if you only use some of the above top ten tips you will
go a long way to make a burglar a very happy bunny.

While it is perhaps not the most vital tool in keeping your family and
home safe and secure, a garage door monitoring unit is more than just a
gimmick. Aside from your car, your garage almost certainly contains many
items that you don’t want to lose.