Not too long ago wireless burglar alarms were thought of as not being
quite as reliable as their hardwired cousins.

Today wireless alarm
systems are known to have a great deal of dependability. . .

Why chose a wireless alarm system? Easy installation comes top of the list
for many homeowners.

No wires to run all over the house and bury in
the walls, makes installation a fairly simple project even for a less
than enthusiastic DIY’er.

A burglar alarm is most effective as
part of a complete wireless security system but if what you want is to
only alarm your windows and doors you can set a system up to do just
that.

You should ask yourself who is going to hear your wireless burglar alarm and what response are they likely to take.

If
you live way out in the wild and your nearest neighbor is a hike away,
then an audible alarm is not likely to do you any good.

On the
other hand, are you sitting pretty in the city? Well you may be cheek
to cheek with a couple of million other city dwellers but in some city
areas your alarm sounding will get zero response.

Why? Many folks have become deaf to alarms, they reason that “It’s just another false alarm.”

What does the burglar do?

Well, the hoped for response is that
he will vamoose and make himself scarce pretty quick when the siren
wails and the strobe flashes. And oftentimes this will be the case.

Sometimes
though, if the intruder is a bit of a desperado, knowing that there is a
chance that nobody will respond to the alarm, he could make a
dash into your property and grab what he can before quickly vanishing. 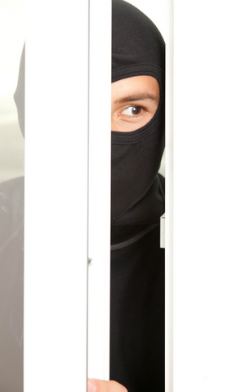 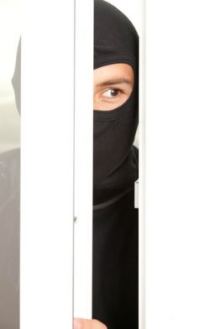 Make sure that your neighbors make a check
should your alarm sound.

You do know who your neighbors are don’t you?
It’s always good to know your neighbors, you can help each other
enormously with home security.

Your neighbors should not enter your property if they suspect a
burglar is inside, nor should they make any attempt to tackle a burglar.

Please
ensure that they know they are only expected to phone the police if your
wireless burglar alarm sounds and they suspect a burglary.

What though if you do not have any close-by neighbors, nobody to hear
the siren? Then you should be considering wireless alarms that are
centrally monitored.

Centrally monitored wireless alarms don’t just rely upon the
ringing of a bell or the wailing of a siren to protect your home.

These systems are hooked up to a central monitoring station and when a signal is received that an alarm has been activated the station staff take appropriate action.

What is appropriate action?
To call the police to your property in the case of a burglary (or the
fire dept. etc.) But, in most places around the world there are
procedures in place to reduce the possibility of sending police to false
alarms.

These procedures vary with the area in which you live, the monitored
wireless burglar alarm station and the type of wireless intruder alarm
that you have.

With some systems the monitoring station’s security
guards are quickly dispatched to your property to detect if a burglary
is taking place. If it is they call the police.

Where the wire-free burglar alarm is part of an overall home security
system that also employs cameras, the monitoring station’s staff will
alert the police if, as well as receiving an alarm signal, they see that
an intruder is in your home.

Other procedures may depend on two sensors
sending a signal to the monitoring center before the authorities are
alerted.

Well it is clear then, centrally monitored wireless burglar alarms
are preferable to alarm only systems, aren’t they? Yes, they are but, as
with most things, there is a but. . . that alarm monitoring has to be
paid for.

There will be a monitoring contract paid either monthly or
annually, the cost will depend on the system that you have and on the
alarm company.

Some contracts can tie you in for a long period,
with others you can end the contract with reasonably short notice. Most
folks find the peace of mind given by centrally monitored wireless alarm systems is worth the cost.

There are other wireless intruder alarms that are not centrally
monitored but will Dial up a Range of Numbers That You Select. These could
be your own cell phone, your office, a neighbor or relative etc. Whoever
answers can take appropriate action.

As these types of home alarm systems are not monitored, there is no monthly fee.

Most
wireless burglar alarm systems are very easy to expand and customize by
adding extra sensors, motion detectors, smoke detectors, hand-held
remotes, light controllers etc. you will almost certainly want to add to
the components that you get with the basic kit.

On that question
of dependability between wire-free and hardwired systems newer
technology ensures that reliability is around the same for both.

With
the hardwired alarms though you do not have the beauty of easy
installation that you have with wireless burglar alarms.

How To Buy A Home Security System

The Benefits Of A Wireless Driveway Alarm