12 Ways That Motion Detectors Can Be Used.

Detectors are available as individual units, but are frequently incorporated within appliances, apparatus and devices.

Here are just twelve of the many possible uses for motion sensors.

(1) Burglar Alarm. Most of us are probably familiar with the concept of motion sensors being incorporated into home burglar alarm systems.

The
thief does not have to start busting open a door or window before the
alarm goes off. He enters the sensor’s field of detection and the alarm
is triggered, the siren wails and alerts the occupants and their
neighbors.

Depending upon the type of alarm system, a monitoring center
also gets alerted that there is the possibility of an intruder on the
property. All this without the burglar doing any damage to your home.

Having camera surveillance protecting you is great, but keeping the cameras recording 24/7 is not practicable.

A
surveillance camera controlled by a movement detector only records when
there is . . . movement, which could be intruders trying to get into
your home.

Yet another application is (3) Security Lighting. An unlit
house exterior is heaven for a night time burglar. He can perform his
misdeeds without being seen, that’s the way he likes it.

Lighting around
your home could give him a problem that he does not want, someone could
see what he is up to.

You would not find having lights blazing
around your home very pleasant though. It would be costly to run and
would be a nuisance.

The answer is of course, movement activated Home Security Lighting.
No movement, home security lights out, burglar creeps near your home
and triggers the sensor, lights come on exposing the burglar. He cannot
risk being seen so he departs as swiftly as he can.

Motion activated lighting can also be helpful in situations not related to security.

(4) Non Security Lighting.
Having a porch light come on automatically can scare away a burglar,
but it is also useful for you, saves having to try and get that pesky
key in the lock in the dark. Motion Detectors can also automatically
light up dark stairwells and corridors. 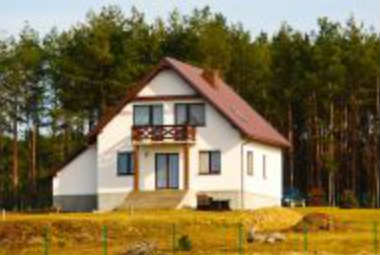 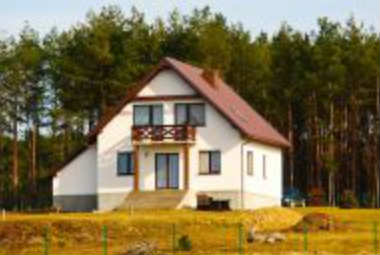 (6) Child Movement Sensor. A motion detector can be used as a
warning if your young child gets up in the night and wanders out of his
or her bedroom. For that matter it can be used to alert you if they
stray out of any room, day or night, that you need them to be in.

Can
also warn if a senior suffering from Alzheimer’s wanders. Doors can be
locked of course, but that is not such a good idea in the event of fire.

A motion activated alarm keeps you informed of the whereabouts of your
loved one, but is not a hazard in an emergency.

(7) Pool Alarm. Your kids are old enough and responsible
enough to play in the yard while you get on with some chores.

However,
although some of them can swim a little they are not permitted in, or
near, the pool unsupervised. Your children are pretty obedient, most of
the time, but kids are kids.

A motion activated pool alarm can let you
know if one of them gets near the pool.

There are broadly two
different types of alarms for the pool. One type is basically your well
known motion detector alarm. Kid passes the detector, alarm sounds.

If
you have no barrier, then you need a post at each corner with a detector
on each. That is going to cost you more than the one detector you’d
need if you had a barrier, but kids can climb barriers.

The other
type of alarm for the pool isn’t strictly a motion detector, or is it?

This type of alarm sits in the pool. Your child falls in, jumps in or
is pushed in the pool. This causes movement, ripples, waves. The pool
alarm senses the change in the state of the water and the alarm sounds.

So, as it detects the motion of the water, we can say it is a motion
detecting alarm.

(10) Wildlife Camera. In contrast to scaring animals away
from your yard you may want to capture them on video, or in still
photography. Somewhat like a motion activated home security camera used
for a different purpose.

Why sit around in a bush all day
waiting to get your shot? A camera with a built in motion detector can
be left in a suitable spot, and will get your images, or video clips,
when your furry or feathered friends trigger it.

(11) Store Door Alert.
There are many ways an alert can be sounded when the door to a store is
opened. Most stores like to keep their doors open during business hours
however, looks more inviting that way.

A motion activated alert across the open doorway lets the owner, who may be out the back, know there is a customer waiting.

(12) Hotel/Motel Room Door Alarm. Thousands of people spend
he night in a hotel or motel and don’t encounter any problems at all.
However some folks feel uneasy because you never know what sort of jerk
is creeping around the place. You can lock your door but there may be
more than the one set of keys and they can fall into the wrong hands.

A motion detector alarm set up with its field across the doorway will wake you if anyone attempts to get into your room.

Of course, a detector alarm may alert you but does not stop the intruder coming in, whereas this little device does – Door Stop Alarm.

That’s 12 uses for motion detectors, there are bound to be many more.
How can these useful little devices help you live your life better?

After a burglary it is possible you will receive the attention
of a burglar again, probably the same burglar! Burglars figure
that you will likely replace the items that they have stolen and they
would like the replacements too.

They already know the layout of your
home, know the times that you are likely to be out of your home and know
the . . . After a Burglary.