Any modern home security system will most likely include at
least couple of passive infrared detectors and possibly several.

These detectors, or
sensors, are a very common way of detecting movement, and with a security system the movement that needs to be detected is that of an intruder.

All mammals emit heat, and that includes burglars, so a device that can identify a change of heat moving across a specific area can supply a means of detecting an intruder, a passive infrared sensor is such a device.

When the sensor registers a change, which can be set to certain
parameters, it sends a signal to the security system’s alarm unit.

The sensor must identify a measurable change in the normal level of heat within
the area of its surveillance.

It must know what normal is and then send
a signal when the level of heat changes, such as when a burglar moves
within it.

A PIR detector should be set to ignore slow changes, such the heat of the sun gradually warming up a room, and thus prevent many false alarms.

To further reduce false alarms, caused by an increase in heat other than
from a moving body, many passive infrared sensor units rely upon two
sensors monitoring two side by side areas.

In this case the alarm signal
is not sent unless heat movement is detected across one, then the other
area. 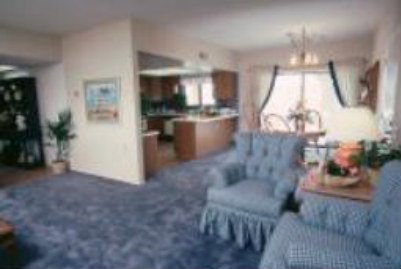 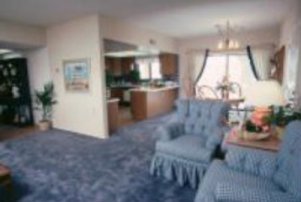 Passive infrared detectors can be set to monitor
movement across specific areas and provide an effective method of
beating the burglar.

If you have a pet you will not want your home security system kicked into action by your dog or cat walking across the motion detector’s surveillance area.

Pet immune detectors are available that provide a pet ally,
this means they are set to ignore movement below about 16 inches from
the floor.

These work well providing that your pet does not jump up onto
furniture that is within the detection area.

Pet immune detectors for larger pets are available but the snag here is
that a savvy intruder could crawl on his belly, like the snake that he
is, and avoid detection.

The detector unit will have a plastic lens covering the sensor
device, this will be a Fresnel lens that compresses the light passing
through it, this is to concentrate the field of detection.

An infrared motion sensor without a Fresnel lens would detect
heat changes from a very wide field and it would be difficult to
effectively monitor a given area.

Most detectors tend to concentrate the
light so that it is horizontally sensitive and so is best at detecting movement across an area. Some passive infrared detectors are available that are better at detecting vertical movement.

Motion Detectors should not be your only intrusion defense.

Passive infrared sensors, as good as they are, should not be your
only method of detecting intruders, they should be used in conjunction
with window sensors, door sensors and glass break detectors.

As most Passive Infrared detectors are configured to identify a change of heat moving
across a specific area, it is just possible for a burglar to fool the
sensor by walking directly towards it rather than across it.

It is also
possible to pass a PIR motion detector, and not trigger the alarm, by
moving exceedingly slowly but it would have to be at a snail’s pace.

As part of your home security system PIR detectors provide an affordable and effective method of beating the burglar.

Find Your PIR Detectors at Amazon.com