What Can Be Done To Prevent Carjacking?

Statistically the chances of becoming a victim of
carjacking are on the low side, but it does happen. Follow the advice on
this page and you can reduce the chances further.

You
are driving with complete control of your vehicle but your mind is on
one hundred and one other things.

Your eyes are not on your rear view
mirror so you do not notice the car creeping up from behind.

Bump!
The following car has nudged the back of your car, not hard enough to
cause you to veer off course, but what the heck is that dummy playing
at?

You stop, to check the damage, to exchange details and to give that
other driver a piece of your mind.

What you do not realize is that you
are about to become a carjacking victim.

Not much in the way of damage to your vehicle so your attention goes to the other driver.

But something is not right. . .

Someone
is getting into your drivers seat, you left your keys in there and your
engine running and you watch with a gaping jaw as your car speeds off.

The
other carjacker speeds off too and if you are foolhardy enough to get
in the way he won’t think twice about running you down.

The Bump and Rob
may not happen exactly that way . . . the carjackers may have to
threaten violence to get your car keys from you, or may use violence to
drag you from your car. 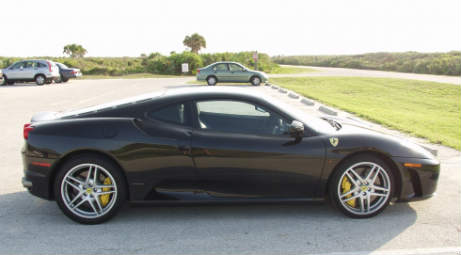 Car-Jacking is, of course, a contracted way of saying car hijacking.

Trucks and their payloads have been hijacked ever since their wheels began rolling along the highways.

But
up until relatively recently private automobiles have been more usually
stolen when the driver is away from the vehicle, the thief breaking in
to the car, maybe hot-wiring it and driving off.

Not much chance of a confrontation with the owner and the resulting violence.

Why then the appearance of car hijacking in more modern times? Because cars roll off the production line with better quality Alarm Systems and Anti-Theft Devices these
days.

In fact not that long ago manufacturers gave little thought to
designing their cars to be theft resistant, not so these days.

On top of
which owners are installing additional security devices and actually
remembering to use them.

All
this makes it increasingly difficult for thieves to steal cars in the
traditional way, they have to work harder and learn new skills. Many
thieves are not capable of learning these new skills and shy away from
work.

Car hijacking presents itself as the perfect answer for these
thieves. Using threats and savagery to relieve a driver of his or her
vehicle means not having to overcome anti-theft devices.

The car keys
too are close to hand if they are not actually in the ignition they are
with the driver and a little heavy persuasion will mean the keys are
handed over.

As a bonus the car thieves get themselves an automobile that is unspoiled by break-in damage.

You may think that luxury cars are the main target of carjackers, these cars do get taken and are often shipped abroad. But there are limited numbers of these vehicles and the market for them is not large.

The market is large for middle range models in good condition and
these cars are frequently sought out for high jacking. Models that have
remained popular for a number of years are also targeted because there
is a huge market for spares.

An automobile stripped down and the parts
sold through an unscrupulous dealer can net a car stealing gang more
than the whole car.

High powered cars are also carjacked for use
as getaway vehicles, you may eventually get your car back but probably
not in the best of condition.

Where is a ‘Jacking’ Likely to Happen?

A carjack could be attempted anywhere but it is most likely to be
attempted anyplace where the driver is getting in or out of the car.

Another version of the bump and rob
occurs at traffic lights. You pull up and stop for a red light and get
bumped from behind, next thing you know you are either standing or lying
in the road, the light has changed to green and your car and the
carjackers are gone.

What Can Be Done to Prevent Being Carjacked?

When parking choose somewhere with adequate lighting even if you intend to return to your car before dark, you may be delayed.

If possible park in an attended lot. Be aware of anyone hanging
around the lot, if you are at all suspicious find somewhere else to
park. Avoid parking next to large vehicles, trees or bushes.

When
returning to your vehicle have your keys ready to so that you can get
inside without delay.

Quickly check around first to ensure that there is
not anyone hiding beside (or even in) your car. If you have shopping
load it as quickly as possible all the while looking around you.

Once
inside lock all doors, keep windows closed and drive away as soon as
possible.

Preventing Being Carjacked When on the Move.

Plan out your route in advance to steer clear of districts that should be
avoided, have an alternative route outlined.

Make sure that your car is
in good mechanical condition and always keep a full tank of gas. Drive
with your car doors locked and windows shut.

When
approaching a stoplight roll slowly aiming to be still moving ahead
when the light changes. When stopped at a light or a junction, leave
enough room between you and the vehicle ahead to maneuver out and escape
if need be.

If your car
is bumped from behind there is a fair chance that this is an attempted
jacking.

If you are at all suspicious stay in your car, drive on to
somewhere where it is safe to stop a busy gas station, police station or
anywhere there are crowds and possibly security cameras.

Whatever the value of your car it is just that – a car. Many others
just like it rolled off the same production line, a car is just a
certain amount of metal, plastic and rubber assembled in a particular
way.

You, on the other hand, are unique. You would be missed by your family a lot more than your family would miss the car. A car is replaceable, you are not.

Car
thief is a crime inherent with violence, car thieves do not think twice
about using violence to achieve their ends. If carjackers demand your
keys just give them up, don’t argue or resist.

Statistically the
chances of being a victim are thankfully on the low side.
By following the advice on this page you can reduce the chances further.