You Can Do An Awful Lot To Reduce Your Chances Of Being A Victim Of Street Crime.

Criminals rarely choose a target entirely at random, they pick their victims carefully. They look for clues.

They prefer compliant victims, those that look like they are unlikely to give any trouble.

The street criminals may consciously look for easy, trouble free targets, or they may subconsciously pick such victims out.

Either way, if you appear to be compliant, submissive and easily dominated, your chances of being picked as a target of street crime are greatly increased.

Someone who has an air of quiet self-confidence, looks aware and alert, and appears to be someone who is not easily controlled, will not be perceived to be such an attractive victim.

Walking confidently, without appearing aggressive, and keeping aware of what is going on around you, will go a long way to prevent being hassled, robbed or assaulted in the street.

If you are preoccupied with texting, or engaged in conversation on your cell phone, you are not one hundred percent aware of your surroundings.  That’s the wrong sort of signal to display to any street criminals that may be around.

We live in a wonderful age of portable technology, iPhones and the like. As wonderful as they are they can all too easily be a distraction.

Using technical gadgetry on the street also tells the crooks that you have goodies. They want it, you’ve got it and they’ll take it.

Best to keep all such goodies out of sight.

Unfair that you have to hide possessions that you are perfectly entitled to own and use? Yes, it is unfair, you are not the criminal after all, but it is the way things are. To be on the street with such possessions on display is like being there with a wad of ten dollar bills on show.

Where you walk is also important, avoid known crime hot spots if at all possible. At night, well-lit busy streets are a far safer environment than dark, lower populated areas.

Is It Safe In This District? 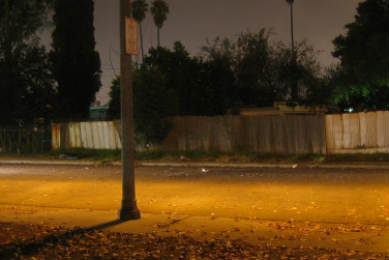 Every citizen should be free to visit every neighborhood without undue worries about street crime. In the real world unfortunately this is not so.

Whilst some neighborhoods are undoubtedly safer than others, nowhere is entirety free from crime.

There is no sense in being paranoid, but wherever you are you have to be alert and aware of possible dangers. Keep in mind also, that criminals and thugs can strike at any time of day, not just evening or late at night.

Does everyone in your household know where someone is going when they leave the house?

It’s fairly common for parents to insist on being informed of where kids are off to when they go out.  But might not this be a good safety plan for everyone, not just the youngsters?

Sure, folks sometimes stretch the truth about where they are going, and sometimes end up somewhere other than where they intended. But if you know where someone is supposed to be, it gives you a place to start inquiries if they don’t return when expected.

If someone pulls up alongside you in a car while you are walking and asks for directions, be wary. Do not get closer than three feet from the vehicle.

If you don’t like the look of the occupants move on.

If it’s suggested you move closer to point at somewhere on a map, resist. Say that you don’t have your reading glasses.

When traveling by bus always sit near to the driver if possible. Otherwise try to sit close to entrance or exit doors, in any event avoid sitting toward the rear of the bus or anywhere an assailant could block you in.

If the bus has video surveillance make sure that you are in view of the camera.  It is best not to wear jewelry, or have expensive items on show when traveling by public transport.

On a bus or train keep a close watch on any luggage you may have, keep it with you whenever possible. Avoid stowing expensive items on overhead racks.

When waiting at bus and train stations, or at bus stops, stay within well lighted areas. Be vigilant and aware of what is going on around you.

Should you run or put up some kind of fight if attacked? In most circumstances it is far better to get yourself to a place of safety if you possibly can. Shout out for help, attract attention, get away.

If it is not at all possible to flee, then your choice is narrowed to fight or submit. In much street crime the assailant is demanding money, or trying to snatch goods. Are these things worth the risk of getting badly hurt or losing your life for?

In the case of sexual assault only you can decide upon your course of action. Read more here –  Self Defense Techniques.

We are all prone to the affects of drink and drugs. We have differing tolerance levels, but alcohol affects us all nonetheless.

The problem is we tend to overestimate how much alcohol it takes. We all think we can drink so much without it having any influence on our reactions, our thinking or our decisions. Wrong.

You don’t have to be stumbling drunk to send out the message that your reactions will not be as sharp as they should be, that your thinking might be a little cloudy or your judgment impaired.

Just the sort of message that a street thug, bag snatcher or rapist will be looking for.

Drugs also have an impact on your judgment and your reaction time.

Always be aware of how alcohol or drugs can influence the behavior of others.  Normally well-behaved people can become argumentative and aggressive after consuming too much alcohol or other substances.

Avoid bars or clubs where drinking is getting out of control and steer clear of groups of people drinking in the street.

Not The Fault Of The Victim.

In a perfect world you should be able to dress how you please without increasing the chances of becoming a victim of street crime. 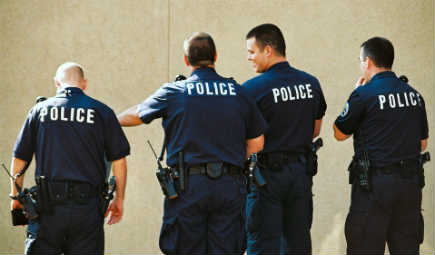 Unfortunately this is far from a perfect world.  The way a female dresses can influence the chances of sexual assault or rape.

This is not a fault of the victim, no matter how she dresses, but a cold fact. Predators will tag females in revealing clothing as targets.

Although no mater how you dress you could be attacked, dressing appropriately for the area and situation reduces the possibility.

You Have A Shadow.

We are often advised to cross the street if we suspect that someone is following us. Good advice, but it must be kept in mind that someone can remain on the other side and still be shadowing you.

What if they also cross the street? That is more suspicious, but it could possibly mean that you both used a convenient and safe place to cross.

If you cross back and your shadow crosses too, you have reason to be very concerned.

If the circumstances are right, you could stop to look at a store window, or go into the store. Let your follower pass you and get some distance ahead, then if you feel safe enough to do so continue with caution.

As an alternative, you could turn and walk back the way you have come, as if you have suddenly remembered something you need to retrace your steps for. If your shadow is just someone innocently out walking they are not likely to retrace their steps also.  If it is a genuine stalker, they would not be able to swing around and continue to follow you without looking very suspicious.

Do you carry a personal alarm? Used in the right way and in the right circumstances, these little personal security alarms can help prevent an assault and summon help. Read more here –  Personal Alarm.

Could you give a detailed description of an attacker? It is often not as easy as you may think.

If you have ever been assaulted you will know that it can be sudden, disorienting and alarming. Your thoughts will be on escaping and getting to safety, defending yourself or summoning help.  Your mind will likely not be on taking in details of your assailants’ description.

If you are attacked from behind you may not have much chance at all of observing any details. But often an aggressor will approach from the front or from the side.

Observing details will not help you to escape or defend yourself of course, but giving the police as detailed description as possible will help them enormously to trace and arrest your assailants.

Practicing observing details of strangers can help hone that skill should you ever need it.

The man that just walked by you, was he tall or was he of average height? Was he slim or was he carrying a little weight? Was he casually dressed? Did he have a hat? Was he balding or did he have a full head of hair? What color was his hair? What kind of footwear? Did he slouch as he walked? Any distinguishing features?

Do all you can to prevent street crime impacting your life. But not to the point where you become a prisoner in your own home. Balance between reducing the chances of crime and not allowing the fear to reduce your enjoyment of life.

Guard Yourself From Pickpockets.