A House Alarm To Safeguard Your Home.

So What Is A House Alarm?

To qualify as a house alarm it needs the capacity to protect an average, or larger than average, house.

A
home alarm with, for example, only a few window sensors and one door
sensor may be adequate for use as an apartment security system, but
would not be capable of completely protecting all the possible entry
points of a house.

The Types Of Alarm Systems.

The types of alarm systems suitable for houses are quite wide
ranging, from very basic door or window alarms up to sophisticated
monitored systems.

Many basic alarm systems employ sensors to
detect an attempt to open a door or window. The sensors send a signal to
a siren that alerts you to the attempted intrusion.

Many
homeowners find this type of alarm gives them the peace of mind that
they would know if, for example, someone was breaking in through a
window at the rear of the house when the homeowner was in a room at the
front of the property. 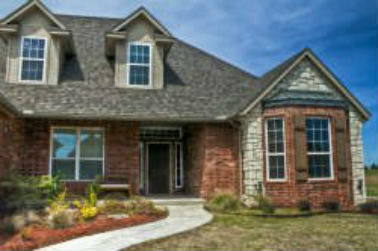 A siren sounding would also, of course, likely deter the burglar from
continuing his break-in and send him scurrying away.

As to whether a
siren only system would be likely to bring help depends on a few things.

The more remote the location of your home the less chance there
is that someone, a neighbor or passer by, would hear the alarm. If you
are not at home when the burglar calls then this type of system would be
of limited protection.

If you do have close neighbors you need to
ask yourself if they would be likely to hear the siren (unlikely if
they spend a lot of time in front of their television with the volume
up,) and what their response to it would be.

Basic siren only house alarms come with a set number of door and window sensors and possibly Motion Detectors.

At the other end of the scale there are the Monitored Home Security Alarm Systems.

These
systems do more than just set off a siren if there is an intrusion
attempt to your home.

A monitored system is connected to a central
station and should the system be triggered a signal is transmitted to
the station where the alarm company’s staff establish if a break-in is
taking place. If so, your local police are immediately notified.

It
can be seen that the big advantage of a monitored house alarm is that
it does not depend upon someone hearing a siren and taking appropriate
action.

However, these systems do incur a monitoring fee, usually billed monthly, so do fall outside of the budget of some homeowners.

A middle way? Autodialer systems not only set off a siren if someone
burgles, or attempts to burgle your home but they also send alerts,
either text or a prerecorded message to a preselected list of phone
numbers.

The list can be of any numbers you choose such as
your own cell phone, your partners cell phone, your neighbor or your
office phone. The autodialer will work its way through the list until it
is answered.

With many of these auto dial house alarm systems you
are able to listen in to your home to confirm that it is an intrusion
before alerting the police. Autodial systems give you more protection
than just a siren, but there is no monthly monitoring fee.

Should you choose a traditional hard wired alarm system where cables
connect the sensors and motion detectors to the control panel?

Or should you choose a Wireless Home Security System that uses radio signals to connect with the sensors?

Fitting
a hard wired system into an existing house can often be an involved and
costly job as cables have to be run under flooring and channeled into
walls.

Installing a hard wire security system to a house under
construction is an easier and less expensive job. However some
homeowners prefer these systems as there is very little danger of
electromagnetic interference.

Wireless house alarm systems are generally simple to install as there
are no cables to run between the components. Often these systems are
installed by the homeowner themselves, thus reducing costs considerably.

Also, it is usually a simple mater to extend a wireless system by adding
additional components and to dismantle the system and take it with you
should you move home.

Reliability too has improved with the advance of technology over the years, so interference is not near so much of a problem.

Choose The Best System For Your Needs.

Whichever type of house alarm system you decide upon your house will
be a safer and more secure place for your family than without one.

Remember though, that an alarm by itself is not enough. It is just part
of your overall home security defenses.

So you started to hide a key. No not under the doormat, you realized
that would be an obvious place, you hid the key where you thought a
thief would never look. Maybe you have
got away with it so far, but the criminal will find your hiding place,
maybe not today maybe not tomorrow, but . . .
The Burglar Will Find Those Hidden Keys.