Copper theft has been making the headlines ever since the price of copper started to climb and climb.

And yes, the theft of copper has also taken place from occupied homes.

The rise in demand from
the fast growing economies of China and India has pushed up the price
along with that of other semi precious metals.

It is true that
with this awful recession the price has dropped back a bit, but it still
remains high and the theft of copper continues.

The thieves it
seems, are often junkies. They take the opportunity to rip out copper
from any unguarded place they can locate it. If that means taking risks
with their lives, they do so.

More than one has met his end trying to
steal live cabling, the junkie pays no heed to the adage “never monkey
with electricity.”

Would the thieves steal the copper
pipes from your basement and leave your plasma TV alone?

Doubtful, but
it would depend somewhat on the current price of copper. It is possible
they would steal both. 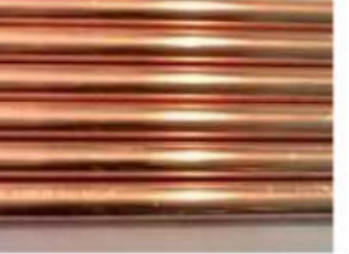 Having the copper piping stolen would likely cost you more to replace
though, not only because of the cost of the pipes and the cost of the
labor, but also the cost of fixing the damage the theft would cause.

In an attempt to reduce the trade in stolen scrap materials, traders are making extra efforts to document all deals.

In
some states they have been forced by regulations to do so.

When anyone
turns up to the scrap yard wanting to sell copper or other valuable
scrap metals, they and their vehicle license plates are photographed,
and the material they are trying to sell is held for three days before
being sold on, or recycled.

Seems to be a good way to reduce
the trade in stolen metal, if the thieves have no place to turn the
copper into cash they are not going to steal it.

The plan does depend
though on all traders doing their part, I wonder if all will.

So
how can you guard against copper theft?

One tip is to paint copper pipes and plumbing fittings matt black to make them appear to be plastic. You would not want to do this if the pipes are an architectural feature though.

Some older residential properties are
blessed with copper guttering and downspouts and lately copper thieves
have been helping themselves. How can a homeowner protect these fine old
architectural features?

There are Copper Theft Kits on the market these are basically Wireless Alarm Systems containing indoor cameras, Night Vision Cameras,
motion detectors and a control panel.

However, if you already have a
wireless alarm system, you probably can extend it by adding extra
cameras and detectors to cover your copper guttering, downspouts and
A/C condenser.

The main target of these thieves has been
construction sites and utility structures. But when you think that a
three bedroom home could contain as much as $4,000 in copper plumbing
and wiring, you realize that you have far more on your property that
could interest a thief than you perhaps thought you had.

Your Home Security Tips
Tell us about your home security tips here. The more we know about defending our homes and families the safer we will be. Share your ideas and learn from the security tips of other visitors.