. . . Why car thieves want your vehicle keys and why they commit car key burglary to get them.

No key was needed to exit, a simple pull down of a neat lever and
the door opened, that was a good thing in the event of an emergency
such as a fire – no hunting for the key in order to escape.

When he left the house Daniel routinely pulled the door shut behind
him, heard the faint click of the latch, gave the door a slight push to
reassure himself it was locked and off he went.

One midweek day started just like any workday for Daniel. He
awoke at the usual time, prepared himself for work and rushed a light
breakfast and coffee, all without waking any other members of his
family.

From then on the day was not so usual.

Making a grab for his car keys Daniel was taken aback that they were not hanging on the rack. Strange.

He was positive that he had hung them there on arriving home the
previous evening as usual.

Somebody must have moved them, why? Where?
No time to puzzle over that now. Spare set, in the tin box of spare keys
and stuff at the back of the closet. Got them good, now get going out
of the house.

Outside, empty driveway, no car. How?

What Daniel didn’t know was that his house had visitors in the night while he and his family slept. 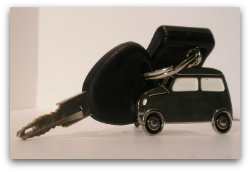 The thieves crept in silently and stealthily and stole his car keys easily found hanging there on the key rack.

The most likely way the burglars entered was by employing a piece of wire, bent into a hook at one end.

They simply inserted this through the mail slot, hooked it around
the lever on the lock at the same time gently pressing against the
door.

Why Your Car Keys Are Important To Car Thieves.

I am hearing a lot about this kind of car theft these days, maybe
you are too. Stories similar to Daniel’s crop up in the crime news
fairly regularly.

The reason car thieves are turning to car key burglary from
occupied homes is the improvement of security on recently manufactured
vehicles making them very difficult to steal without being in possession
of the keys.

That increased security is a darn good thing, but it does not
mean that all car thieves have given up their villainous ways. No, they
have learned house burglary skills or partnered up with house burglars.

Burglarizing homes is one way the thieves obtain those all
important keys. Carjacking and assault, or the threat of it are others.

On occasion, thankfully not often, the criminals will dispense with
silently searching for the keys and use terror and violence to obtain
them from the occupants. This puts the crime into the home invasion
category.

As soon as they are inside your home the burglars search for your
car keys in all the likely places. In the pockets of coats hung up just
inside the entrance, a purse left out, in the draw of that useful
little table that you toss your stuff onto when you come home, a handy
dandy key rack like Daniel has or on your kitchen counter.

What happens next can vary. The thieves could leave as quietly as
they entered, get into your vehicle use your keyfob, start her up using
the stolen keys and away goes your car. 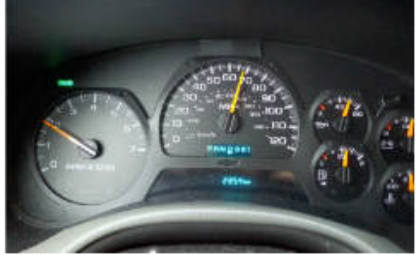 Improved security on newer cars makes them very difficult to steal without the keys.

If they do not think there is much chance of waking you, they may
take other, easily portable items of yours that have a value to them
such as laptops and of course any cash left around.

If they find your
house keys along with your car keys, they will likely take those as well
and return to your home, because too many people fail to change their
locks, or get them re-keyed after keys go missing.

They may not attempt to steal your vehicle at the same time as
they steal your keys, they may think starting up in the middle of the
night will attract unwanted attention, they return at a time that suits
them better, perhaps early morning.

How To Protect Against Car Key Burglary

The best thing about protecting yourself against car key burglary
is that you don’t need to do very much extra. If your home security is
adequate then it is protecting you from all intruders, including car
thieves after your keys.

If Daniel had thought a bit more about the security of his front
door, the burglars, whether it was his keys they were after or not,
would not have been able to get in that way.

If I were Daniel I’d change that lock. If I wanted one that
provides a quick escape in an emergency, I’d opt for one with a thumb
turn rather than a lever, a thumb turn is way harder to hook a piece of
wire around.

I would also fit a metal mail catcher cage over the inside
of the mail slot. I’d choose a solidly constructed one but improve upon
the four screws that are typically provided. I’d use extra screws to
make it near impossible for a burglar to push the cage loose by
inserting a tool through the mail slot.

With those two measures in place the criminals would be thwarted
in getting in the same way again. But of course, they or others may try
breaking in to your home in many other ways.

You do not want intruders in your home however they get in and
whether or not they are there to steal your car keys. You especially do
not want them breaking in while your home is occupied.

So you see, it can be said that protecting your home ( Burglary Prevention) is the way to prevent car key burglary.