Why Have A Burglar Alarm?

Why have a burglar alarm? Folks ask, when people just take no notice of them anyway.

I have had some folks question whether an alarm is worthwhile because they think they just get ignored.

Well, there is some truth in this.

Siren only alarms sometimes do get ignored much in the same way as car alarms do.

Some people are reluctant to phone the cops when they hear a
burglar alarm sounding, they may make an assumption that it’s a false
alarm. 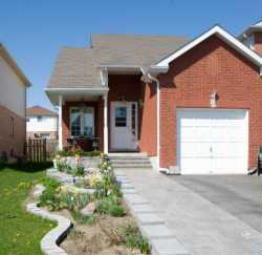 Indeed, in some districts police will not respond unless there is also evidence of an intrusion taking place.

Other folks may take the attitude that it is none of their business and just plain selfishly not want to get involved.

Some people do
take action when they hear a burglar alarm.

This is especially so if the
alarm is sounding on a neighbor’s property.

They know that the
occupants are away from home and the siren means that something is not
right, possibly an intrusion attempt is taking place.

The other answer to the question “Why have a burglar alarm?
(when they often get ignored,) is that the would be burglar can not be
at all sure that nobody will respond.

By setting off the siren he has
attracted attention to himself.

There is a good chance he will not want
to wait around to find out if anybody has called the cops.

Of course, these days there is no need to have an alarm which merely
sounds a siren.

Many home alarm systems also tell somebody that the
alarm has been triggered. That somebody is an operative at the alarm
company’s central monitoring station.

Depending on the information the monitoring company receives from the
alarm system, they will alert your local police department that there is
an intrusion taking place on your property.

Monitored burglar alarm systems incur a monthly fee, but there is
also a type of alarm that alerts you, through your cell phone, when the
alarm is triggered. Dial Up Alarms do not usually have a monthly fee.

Why Have A Burglar Alarm? – Visual Deterrent.

A burglar alarm can be a visual deterrent.

The alarm box in
full view tells a potential burglar that your home is alarmed.

Of course
it could be a dummy box. Would the burglar know? Likely an opportunist
burglar would not be able to tell, (unless it was a very obvious fake,) and he
will probably leave your home alone.

A professional burglar however is
not likely to be fooled by a fake alarm.

A genuine alarm box can serve as a visual deterrent even to a
seasoned criminal.

Sure he may have some knowledge of overcoming alarms,
but why should he take the risk when there are so many homes that are
not protected?

A statement that I occasionally hear is “Neighborhood Watch means that my home is protected so why have a burglar alarm?”

As it happens, I partly agree with this statement. Joining your
neighborhood watch is just about the best thing you can do to protect
your home from criminals.

So if you participate in your local neighborhood, or block watch,
why have a burglar alarm? Because it is additional security. Because
an alarm will alert your good neighbors that something is happening.

You may have neighbors watching out for you, but that does not
stop you from securing your doors and windows with good locks, at least I
hope it doesn’t. Same with a burglar alarm or security system. All
these things are additional security for your home and family.

Naturally the main reason for installing an alarm system is the
protection it gives to your family and home.

Of course there are many
things that contribute to your family’s safety, but no matter what other
security measures you have, an alarm can only increase your protection.

There are many good answers to the question “Why have a burglar alarm?”

Home Security Articles
>
Why Have A Burglar Alarm.

Overcoming The Fear Of Burglars