Don’t be a Victim of Purse Snatching.

Whenever you possibly can, leave your purse at home. Carry whatever
valuables that you must have with you in your pockets.

Yes you could be a
victim of having your pockets picked instead of being the victim of a bag snatching.

But valuables properly
concealed in pockets are at less risk than those carried in a purse. Purses are very much on show. 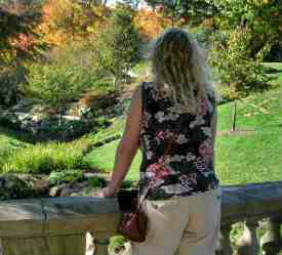 If your pockets are not large enough, think about wearing a money
belt or fanny pack underneath your coat, these bags are capable of
holding several items and can be worn hidden from view.

If you really have to take a purse with you only carry whatever
is absolutely necessary.

If you do carry a credit card make a record of
the number along with the phone number to call to report its loss should
you be the victim of a purse thief.

Purse snatchers, just like any other thief, look for the line of least
resistance. Given a choice they will look for a female who is not
guarding her purse.

Perhaps she has her bag casually slung over her
shoulder, resting on a counter or on top of the groceries in her
shopping cart.

Perhaps also she doesn’t look fully aware of what is going on around
her.

Maybe she is concentrating fully on whatever task she is doing or
is engrossed in conversation with her cell phone while she walks.

To
the thief she looks an easy target.

She is not likely to be aware
of the bag snatcher as he gets close to her – grab and run, no fuss no
muss, just how the thief likes it.

Always be aware of your surroundings and aware of who is around you. If you look Confident
and aware, you are less likely to be chosen as a victim.

If you are
walking, walk briskly but not hurriedly as if you are afraid.

If people
are approaching try not to look away, look confidently ahead. If someone
comes close make a mental note of their appearance.

Bag snatchers and other thieves like crowded places such as malls, railroad stations, entertainment spots and particularly where people are likely to have cash such as ATMs.

Unfortunately busy places are not the only areas thieves strike.

Purse
snatching can happen anywhere. Crowds may give the criminal a bigger
choice of victims but lonelier places give an easier escape and fewer
witnesses.

Naturally you avoid unlit places at night and areas you know
to be risky.

You cannot always avoid going out alone but when you can
have company with you, you are at less risk with a friend or friends.

Contrary to what you may have read, it is not a good idea to wrap your
purse strap around your wrist or wear it with the strap diagonally over
one shoulder and the purse on the other side.

Should a thief snatch your
purse while the strap is attached to you it could easily pull you off
balance and to the ground. You risk injury and the attacker gets your
purse anyway.

Keep your purse close to your body towards the front and with your
arm over it. Remember that most usually a purse thief will strike from
behind you.

Take note of what your instincts are telling you, they are usually right.

If you find yourself in a situation or area that you feel is dangerous or threatening, get yourself away from it.

Be aware of the danger of a drive-by purse snatching.

Car pulls up,
passenger leans out and snatches your bag, car speeds off. Try to avoid
walking near the edge of the sidewalk with your purse near the curb.

Needless to say you should never leave your purse unattended, in stores, restaurants, bars or anyplace.

What if Someone Tries to Snatch My Purse.

What you have to remember is purse snatchers can be violent and don’t always work alone. Ask yourself which is more valuable, you or your purse.

Carry a Personal Alarm
and if a thief attempts a purse snatching use the alarm to scare him
(or her) off or to summon assistance. Carry your alarm in a pocket that
you can reach easily, not in your purse.

If you are the victim of a successful purse snatcher:

Call the police as soon as you can. Give them as much information as you can including a description of the snatcher.

As soon as you can, call your bank, credit card company etc. and report any stolen cards.

Carefully monitor bank statements etc. for any unusual activity and report anything suspicious.

Find Your Money Belt at Amazon.com

We spend our lives interacting with other people. Whenever we are with
other people there is the chance of being the victim of verbal abuse and
being in need of Verbal Self Defense.

Next post: After a Burglary : Reassess your security protection.