Many of us fear that we are at high risk of some sort of physical attack when we are out on the street or other public places.

The
fact is however that more people are at risk of attack in their own
home from someone they know than from an assault in public from a
stranger.

That said it must always be kept in mind that the possibility of unprovoked violence is real, carrying personal attack alarms helps many of us to feel more secure in public.

A
personal security alarm is not a weapon therefore it is legal to carry
in all areas and does not need a permit. (Note: Many airlines will not
permit gas-operated alarms on board planes.)

Anyone, adult or child, can easily be instructed in how to use an alarm.

Unlike a weapon used for defense, personal attack alarms can not be used against you if taken from you by the attacker.

Does setting off a personal security alarm bring members of the public to your aid? Often yes, but not always.

Of
course there has to be somebody around to hear the alarm.

Unless you
are somewhere remote this will usually be the case as the sound of these
personal alarms can carry quite a distance.

But not everybody acts when
they hear an alarm or siren sound, think how often car alarms are
ignored.

If you are in a populated place, you can increase the chance of somebody
responding by yelling or even screaming as well as activating your
attack alarm.

This drives home the point that you are being assaulted and someone may call the police even if they do not want to approach the attacker themselves.

The sudden shriek of an alarm often disorientates and startles an attacker, giving you time to get swiftly away.

The aggressor may run away himself of course and this is the best possible result. 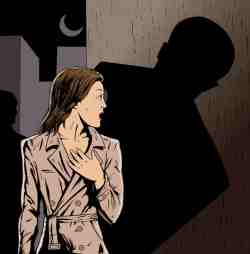 No mugger, rapist or thug wants attention drawn to him and his violent act, and this is exactly what a personal alarm does.

If he doesn’t run the attacker may try to grab the alarm from you to silence the siren.

There
are personal protection alarms that require you to remove a pin or flip
a hidden switch to activate them.

With these it is best just to let the
attacker have the alarm if they grab for it, they won’t be able to
switch it off.

Another tactic would be to throw the alarm so the aggressor goes after it and not you, you of course will be running off to safety if at all possible.

Alarms
can be effective in saving you from assault if you use them correctly.
Remember though that it is better not to get into a situation than it is
to get out of one. Some areas are safer than others but there is no
such thing as a safe area.

Generally, it is better to stick areas that are heavily populated rather than be in a sparsely populated one.

Many Types of Personal Security Alarms.

Your personal assault alarm needs to be compact enough to fit into your
hand when you are in an area, or situation, where you think you may be at
risk of attack.

Some alarms are indeed very small and take up very little room in a
purse or pocket. But it should be kept in mind that a very small alarm
might not be loud enough to be effective.

A siren of at least 120 dB would be best (130 dB is about as loud as a jackhammer which can be heard two blocks away.)

You may need to get to your personal alarm very quickly, if you keep it in your purse or pocket practice reaching for it, you don’t want to be fumbling about when under the threat of assault.

There are many different styles and types of personal attack alarms
available from key chain alarms, belt clip alarms, multiuse (combined
personal, door and window alarms,) personal alarms with a built in
flashlight to alarms specially designed for joggers.

When you have
your attack alarm you should familiarize yourself with how to operate
it. Test it out (but keep it away from your ears,) make sure that if you
need to you can use it without hesitation.

Child Locator Device.
It’s a heart stopping moment but your child locator device can locate your wandering toddler in an instant.

Self Defense Weapons – Using devices to defend yourself.
Using
self defense weapons to fend off an attack should be a last resort.
Make sure any self protection devices that you use are legal and that
you are trained in their use.