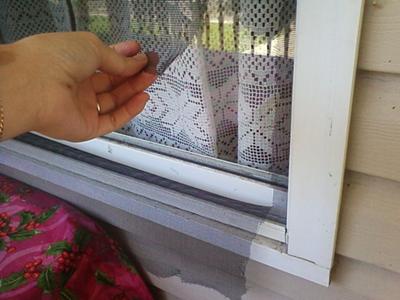 Hi. This story is a little bizarre, not even the cops know why this is happening. This past weekend, my 12yr old sister woke up in the living room where she fell asleep the previous night, to someone tugging on her pants around 6am. She said she was yelling stop, opened her eyes to see someone wearing black run out of the house…only catching a glimpse of him.

My mom and I figured that she was just having a bad dream…that is until we found that our front door key was missing from the mail box. It was on a key chain with the back door key, only the front door key was taken though. We decided to get the police involved with extra patrols around our street and we changed the dead bolt lock on the door as instructed.

That same night, all we were in bed by midnight. Early this morning, my mom had came into my room and asked me if I had taken our dog outside after midnight, I said no..that’s when she said the front door was unlocked along with the back door. My sister was awake for school, she also came into my room and said someone was in her room covering her mouth. This time he was wearing an orange hoodie, once again running out when she woke up. Her underwear drawer was open as well.

After she left for school, my mom discovered that our kitchen window that leads to our front porch was open a little bit, we closed it the night before since the heat was on. Looking at the screen on the window, it was completely sliced open, big enough for someone about 5’4 and weighing 140 lbs to get into. ( I tested it ).

What I think we are dealing with is a pervert going after my sister…going through her underwear drawer and all.

Next post: Apartment Security Systems. Security for your apartment