Our Personal Safety And The Bystander Effect.

Where are you more likely to receive help from bystanders if you are attacked?

Somewhere practically deserted or somewhere that there are many people around?

There has to be safety in the company of many people, right? A crowded sidewalk. A packed subway car. A busy mall.

If something were to happen, a physical assault maybe, isn’t
it true you will be more likely to receive help if there are many
strangers around?

Logic would seem to dictate that the more people there are the
more chance there is of someone coming to your aid.

This isn’t
necessarily true owing to a phenomenon called the bystander effect. 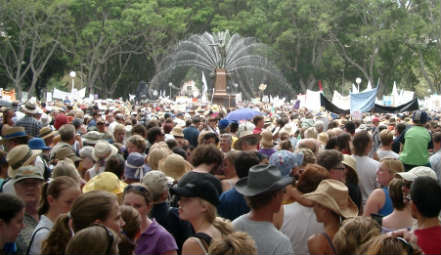 Nobody called the cops. They just stood and stared. Nobody lifted a finger to help.

In 1968 a study was made (Darley and Latane) that suggests a
person in need of help, being attacked, being taken ill etc., will have
more chance of being helped by bystanders if there are only a few people
around than if there are many people.

We have all read news stories that might seem to bear this out.

Someone attacked on a busy street in broad daylight and not one stranger
comes to their aid.

But before we decide that we would be safer in less
crowded places, we should realize that the bystander effect is a
complex phenomenon.

Bystander Effect – Someone Else Will Assume Responsibility.

You, and many others, witness a holdup at a gas station.

Do you reach
for your cell phone and call the cops, or do you make the assumption
that somebody has done that?

It is very likely that if there are many
people around you would think that someone had made, or is making, that
call.

Everyone around thinks the same way, the call doesn’t get made.

Is This An Emergency?

For anybody to act they must be sure the situation is an emergency. You
are on a crowded street, a male and female are arguing. The male is very
angry and is shouting at the female. Both his body language and his
words are very threatening.

Everyone else is passing the pair by.

Do you intervene? Likely not,
it is quite probable that, like the crowd, you would assume that it is
an argument between man and wife, or boyfriend and girlfriend.

You may reason that if you intervened you would be rounded on by
the female as well as the male, and the pair would go arm in arm on
their way to resume arguing later. And that is exactly what the crowd
thinks.

What if the male started being physically violent to the female?
No doubt that it is an emergency in this case. It is still possible that
the crowd will just keep walking by or stop and stare.

Most will think the actions of the male are terrible and ought to
be stopped. But they will be waiting for somebody else to take action.
After all if everybody is just standing staring that must be the correct
thing to do, right?

You are witnessing an assault in a crowded place. You know that help
is needed, but do not feel that you would be able to tackle the
assailant without getting hurt yourself.

You witness an accident, or there is somebody who is obviously
ill. You do not have any medical skills or first aid training, you think
that by trying to help you may make matters worse. There are many
people around, somebody else will have the skills needed to help.

The bystander effect dictates that everyone is thinking the same,
the assault doesn’t get stopped, the person in need of medical
attention does not get it.

It is known as the Genovese effect after the brutal murder of Catherine
Susan (Kitty) Genovese on March 13th 1964 in Queens, New York City,
U.S.A.

The murder supposedly took place in view of thirty eight of her
neighbors who did nothing but watch the attack.

However, in later years the view has been expressed that the apparent
bystander apathy of her neighbors may have been overstated.

It is
probable that in fact less than thirty eight people witnessed the
attack and that nobody witnessed the whole of the attack.

Some neighbors
believed what they were witnessing was an argument between two lovers
or drunks.

However the fact that nobody came to Kitty’s aid and the resulting news
coverage did result in an investigation of the bystander effect.

What Does This Mean For Our Personal Safety?

Does the apathy of strangers and the bystander effect mean that we
are in fact at more of a risk when in a crowd? Conventional wisdom says
that there is safety in numbers, and that remains broadly true.

There is a large difference between being with a group of friends and being in a crowd of strangers. You can be completely alone in a crowd.

Friends are far more likely to take action if something happened
to you than are complete strangers. Firstly, friends are more likely to
recognize that an emergency is taking place than are bystanders.

Secondly, friends are less likely to expect that somebody else will
assume responsibility for helping you.

It has been found that bystanders are less likely to be apathetic
to the plight of strangers who they share similarities with. This can
be similarity of perceived social class, age group, nationality etc.

People are more likely to help you if they perceive you to be one of a ‘group’ that they also see themselves as belonging to. Conversely though, females have more chance of receiving help from male bystanders.

It is believed that the bystander effect is less in play when there
are only a few strangers present. 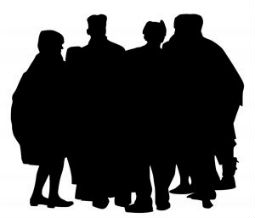 One reason is that it is more
difficult to assume that others will take responsibility if there are
not many others witnessing an assault.

Safer then to avoid crowded places?

Not necessarily. It would be
foolish of course to wander down dark alleys just because there is
little chance of meeting a crowd.

Most of the time, you are safe among people. But nowhere is
guaranteed to be safe.

Being aware of your surroundings, learning to prevent yourself being
attacked and getting yourself away from trouble as quickly as possible
are the best Self Defense Techniques of all.

Sometimes an assault is obvious to everybody around, but not
always so. Remember that before anybody acts they need to be sure the
situation is an emergency, this is central to bystander intervention

If attacked run to safety. If you can’t get away, shout, scream,yell, make bystanders have no doubt that you need assistance. Best of all, use your Assault Alarm. Carrying an alarm is paramount for your safety whether in a crowd or not.

Sometimes victims of an attack give up on any resistance when
they notice a lack of attention from passers by. The important thing is
to get their attention, make them aware that you need their help. This
alone will go a long way in overcoming the bystander effect.

Self Defense Books from Amazon.com