The Pickpocket Wants to Bump Into You.

We all know what a pickpocket is don’t we?

Sure we have seen one performing their act on the stage. Pretty much like magicians, their antics can be very amusing.

Unfortunately, the thieves that pick pockets on the street are anything but amusing.

To lose your valuables to a ‘dip‘ can be very costly, very inconvenient and sometimes heartbreaking. 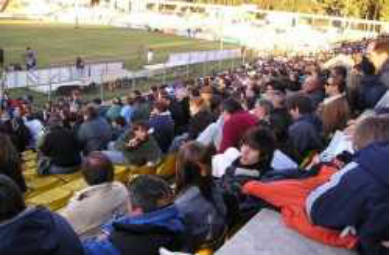 It is not only the loss of money, which can be bad enough, but the
loss of credit cards and personal information that can be used to Steal Your Identity.

If
you happen to be traveling abroad when you get robbed there is the
likelihood that you will lose important travel documents, those will
need to be replaced, often at the cost of a lot of time. Yes, having your pockets picked can cause headaches.

Why do thieves take the time to
learn the despicable art of picking pockets? Because it can be very
lucrative, and the danger of being caught is less than the danger of
being caught mugging.

The victim (known as a mark,) of a
team of dips usually does not know he, or she, has been robbed
until after the event.

It is often some time after, perhaps it is only
when they reach for their wallet to make a purchase, that they realize
what has happened.

Perhaps the mark remembers being bumped into or
jostled, but would they be able to give a good description of the
person that bumped them? The pickpocketing team would likely have moved
on by then anyway.

In cases where the victim realizes what has happened to them at the
time, and manages to keep the dip in sight until the arrival of a police
officer, would the pickpocket still be in possession of the victim’s
valuables?

Unlikely, they would most probably have been passed to another member of the team (known as a dish) as soon as the mark had been relived of them.

Usually all a witness could state is that he
saw the thief bump into you or jostle you.

Convictions for
pickpocketing are difficult, unless the thief is inept, or gets caught
by some kind of sting operation.

A bag over the back of a chair
in a restaurant, a wallet sticking out of a back pocket, an open purse
or a bag left on a counter, all are temptation to an opportunist.

This type of ‘dip’ may work alone. He (or she) makes
their way to where the crowds are, shopping malls, airports, busy
railroad stations, sports events, public parks, libraries, department
stores and so on.

He is looking for those of us who are being careless
with our valuables, he will see his opportunity, go for it and
disappear.

Avoid being careless and you deny opportunity to the opportunist.

Always
be aware of your surroundings and think before you put your bag down to
browse that novel in the book store. Remember that thieves will see
their chance when you are distracted.

Avoid falling asleep in public places. Someone snoozing on a bus,
subway, in a bar or airport lounge is a prime target for getting their
pockets picked by an opportunist.

If you are feeling sleepy then stand,
if possible get fresh air, do not risk sleeping in public – you are
likely to awaken minus your valuables.

Aside from the
opportunist, pickpockets most usually work in teams. One of the team
distracts the mark, perhaps by asking directions or some other question
that requires them to stop to give the answer.

Meanwhile another crook
lifts the mark’s wallet or other valuables. This other team member then
swiftly passes the wallet on to a dish who disappears with it in a split second.

All this happens without the mark being aware of the theft in the slightest.

Another method of stopping the mark, is the bump.
One of the gang ‘accidentally’ bumps into the victim, delays him, or
her, for a second with a polite apology whilst a lightning fingered
accomplice relieves the mark of his goodies.

Someone drops a
handful of coins in front of you. You being the helpful citizen that you
are, take the trouble to stop and help pick them up. This entails you
bending forwards to pick up the coins thus making it very easy for an
accomplice to lift your wallet from your rear pocket.

Pickpockets in the Crowd.

Pickpocketing gangs love crowds, anywhere that it is likely people will come
into physical contact with each other.

Crowded stores or bars, busy bus
terminals and railroad stations, airports, riding on any kind of public
transport, sports events, shows and music concerts, busy streets, a line
for an ATM or a ticket booth, all are places where you would not think
it too unusual for someone to bump into you or be in close contact with
you.

Sometimes pickpockets will create their own crowd. A member
of the gang pretends to faint and a crowd gather round, the
attention of the crowd is on the person they think has passed out. The
rest of the criminal gang get to work, easy pickings.

Two members
of a gang may stage a loud argument, or even a fight, this diverts the
attention of passers by. A gang member may knock over a display inside a
store, an innocent looking child may be screaming that he or she is
lost, anything that can concentrate the attention of a crowd.

Then there is the squirt. Someone ‘accidentally’ squirts
mustard or ketchup on your nice new designer jacket, apologizes
profusely, and insists on cleaning it up.

As the cleaning takes place a
‘dip’ is helping themselves to the your wallet, cellphone, camera, or
the contents of your purse.

A close cousin to the squirt is the
‘bird droppings’ diversion trick. A thief secretly splashes white liquid
on your clothes, informs you that you have been blessed by the birds
and just happens to have a wad of tissues and a helpful desire to clean
you up. Meanwhile your pockets are being picked.

The idea of using children to pick pockets did not die out
with Fagin and the Artful Dodger. Sometimes these juvenile street
criminals work alone, their small size being an asset to working
unnoticed.

Often though, children are members of a pickpocketing gang,
perhaps even a family, and are skilled diverters, dips, stalls or
dishes.

In some cities in the world, child street gangs make their living by robbing unsuspecting tourists.

Some individuals love to carry thick wads of folding
money around with them and take any opportunity to show it off.

Madness.
Perhaps these people think they are impressing others by displaying a
fistful of dollars, but it is more likely that they are looking as
foolish as they are acting.

These folks should think who might be
observing them when they pull out that wad of cash. They should think,
but rarely do! Then the next thing that they know they’ve been pick
pocketed or mugged.

It is rarely necessary to carry large amounts of
cash. If you absolutely have to carry cash then keep it well and truly
to yourself. Do not display it, do not talk about it.

Guys
– do not keep your wallet in your back pocket, it simply is not safe
there. It is so easy to lift a wallet from a back pocket that dips refer
to back pants pockets as sucker pockets.

If you must carry a
wallet with cash and cards in it use your front pants pocket, but not if
the pocket is loose. A tight pocket may be inconvenient, it makes it
difficult for you to take out your wallet – but it makes it that much
harder for a pickpocket to ‘lift’ it from you!

Ladies – do not
place your wallet on top of the other items in your purse or handbag.
Keep your bag closed shut, zip it if it has a zipper, and carry it
towards the front of you with the flap next to your body. See also – Purse Snatching.

See The Range of Money Belts at Amazon.com

Now that you know how these light fingered thieves operate, read these Tips to Avoid Getting Your Pockets Picked.