Leaving it on Show for the Burglar.

One way to cut down your risk of being a burglary is by not leaving your expensive items on show for the burglar.

Avoid making your windows a display of the goodies inside your home.

Go outside now and take note of all the expensive items that you can easily see through your windows.

How about your TV set, can you see that? DVD player, stereo system,
antiques, PC, electronic games, can you see any of those things or other
items that a burglar can easily carry away?

Now plan out how you could rearrange things so that not quite so much is on show.

It would be very difficult, if not impossible, to keep everything
out of sight, but likely you will find that with a change here and
there, you can make your home less tempting to the burglar.

Many home computer desks are fitted with wheels. If you use your
computer in a place that can be seen from a window, perhaps because of
the better light, why not wheel it to somewhere out of sight when you
are not using it.

Your laptop computer should never be left on view. Laptops are easily portable
and are particularly tempting for thieves, so too are tablets and other mobile devices.

Even if the burglar is
making his escape on foot it is not too difficult for him to conceal
your laptop.

How about your bottles of booze, do you keep those on show?
Bottles of scotch, bourbon, vodka may not be the most valuable items in
your house but think what would go through the mind of a passing thief
with a drink problem?

The Christmas holidays mean an increase in burglaries.

All those
gifts, lovingly wrapped and placed around the tree make an attractive
display don’t they? They could be very attractive for the burglar too. 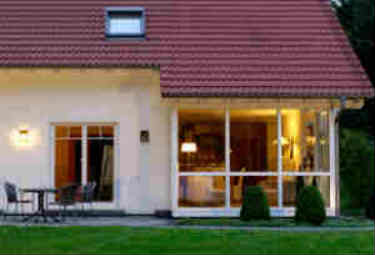 One way to cut down your risk of being a burglary
victim is by not making your windows a display of the goodies inside
your home.

A thief doesn’t know what is in those parcels, an inexpensive gift
could be a valuable item of jewelry as far as the thief knows – and this
makes your home worth considering as a target.

Don’t let a burglary ruin
your Christmas, keep gifts out of sight of your windows.

Be careful how you dispose of packaging that goods come in. That
large flat screen TV that you bought as a treat for your family likely
came in a box that clearly states what was inside.

Putting that
packaging outside is like leaving a message for the burglar that says
“Come on, break in and steal it!”

Break up packaging and place it in a bag before putting it out. Better yet, be a good citizen and take it to your local recycling center.

Just as dangerous as leaving expensive items on show for the burglar is bragging about them.

Okay so we all like nice things and are
proud of them, but are you completely sure that you can trust that
friend that you are bragging to about your new entertainment center?

How do you know that he won’t inadvertently pass on the
information to his friend that is less than honest?

And who else is
listening? You may think that you are bragging about your new purchase
only to your friend – but walls have ears, you may be giving that
information to someone who will pay your home an uninvited visit.

Home Security Articles
>
On Show For The Burglar.

Lighted House Numbers
Of what importance is the way that your home is identified by its
street numbers? Does it make a difference, from a home security point of
view, if your house has lighted house numbers that can be read from a
distance even in the dark?

Next post: Alarm Batteries : Back up power for your alarm system.