Jackdaw Seacome and the Folks Who Never Locked Their Doors.

I’m glad to say that my sister had
more sense and savvy than most of her neighbors did.

That little
community seemed to pride itself on the fact that most of them left the
doors to their homes open, yes even sometimes when they left their homes
to make a visit or go to the store.

My sister did try to educate her friends but mostly got responses
like ” Oh there’s no need to worry around here.”

Or perhaps the reply
might be “Yes, you can’t be to careful, I really must remember to lock
up when I go out.”

But mostly their old habits refused to die, at least
until that summer when old “Jackdaw” Seacome went about his business
and in doing so finally got them to lock their doors.

He was not known as Jackdaw
until his secret was uncovered of course. Before that he was known by
his name Bob, sometimes when folks wanted to be a little unkind they
would refer to him as Lonely Bob.

He did not have too many
friends, mostly acquaintances really. A widower that lived alone, few
remembered his wife, and who didn’t devote too much time in taking care
of himself or his home.

Like my sister, Bob always kept his doors
locked whether he was home or not. Unlike my sister though he never
invited any of his neighbors into his home and never seemed to have the
inclination to visit anyone.

Bob kept himself to himself and lived up to
the handle Lonely Bob, that is up till the start of that summer. 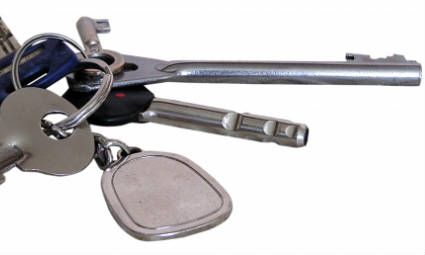 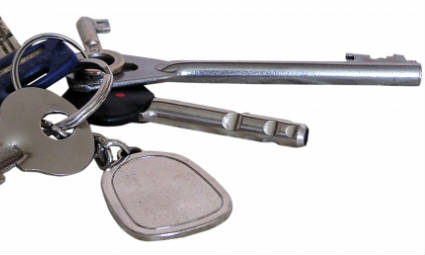 He took to visiting people, visiting just about all the folks that he
knew in that little community even if just on a nodding acquaintance
with them. As was the custom he’d just walk in if the house door was
unlocked and give a cry of “Who’s at home?”

They Never Locked Their Doors – So Lonely Bob Came To Visit.

He never had much of a
reason to visit and mostly talked about this or that and before he left
he invariably asked to borrow something. It started with jars of
instant coffee, cans of beans and the corny bag of sugar.

Then his requests got a little weird like a clock, a radio set, items
of clothing even, always with the assurance they would be returned in a
few days. They never were, not without persistent reminders.

Later
that summer things just went missing. First from gardens, various
garden tools and on a couple of occasions plants. Then things started
vanishing from inside folks homes.

Not much of high value disappeared,
at least nobody reported money or jewelry missing, just the kind of
things that Lonely Bob was in the habit of borrowing.

It did not take too long for two to be put together with two. Folks
started to lock their doors and made a point of not opening up when Bob
called. The police were called in and they paid a call on the man with
the borrowing habit.

Story is that all sorts of things were stashed in
Bob’s home, things he mostly could have no use for, the majority of
these things eventually got returned to their owners.

Jackdaw
Seacome was persuaded to sell up and move into a place just perfect for
lonely old fellows who are not too good at taking care of themselves.
The folks in my sisters little community continue to keep their doors
locked for they know too well how easy it is for someone to walk in and
help themselves.

When buying a home security system, wireless or hardwired monitored or unmonitored always compare like with like. Do the systems that you are considering all give the same protection?