Lock Bumping – A Danger Or Not?

Ever since lock bumping videos were posted on the Internet demonstrating an easy method a thief
can use to open a lock, members of the
public have been concerned and understandably so.

In case you haven’t seen any of the videos, or read any of the reports,
here is how thieves can bump open a lock, (without giving too much
detail.)

This method works on locks of the pin tumbler type, the kind of locks where the key turns a cylindrical barrel in the center of the lock.

The thief needs to obtain a key blank of the exact type used for the brand of lock in question and modify it into a bump key, (also known as a 999 key.)

This
blank needs to be filed in a particular way and, if used correctly and
with the aid of a simple tool, can open up your lock for the thief.

The
information was originally published on the Internet to make members of
the public aware of this lock picking technique, so they could take
measures to defend themselves against it.

The spreading of the
news did cause some alarm however. If detailed information about lock
bumping is available to the general public – it is also available to
criminals.

The fact is that the “bumping” method of opening pin
tumbler locks has been around for decades. The information may not have
been known about by most honest citizens but many burglars have long
been aware of how to bump a lock.

While some dishonest persons may have learned about yet another method
of breaking into your home, the spreading of information about lock
bumping has, on the whole, had a positive effect.

There are now many
more quality locks available that can be described as Bump Proof or
Anti-Bump and more and more homeowners are fitting such locks, and that
can only be a good thing.

Is Lock Bumping a Danger for Homeowners?

Yes, certainly you should be aware of this technique of illegally entering premises. 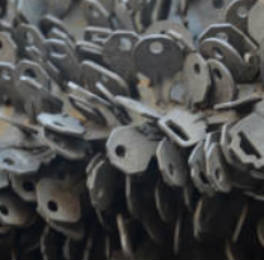 If the locks on your external doors are low quality, low security, you should seriously consider replacing them.

If the locks on your home have recently been fitted then they may already be of the bump resistant type.

If you have Keyless Locks fitted then, by their nature, they cannot be opened by bumping.

Locksmiths have reportedly stated that bumping is not a skill that is as easy to master as the videos posted online imply.

Not only that but bumping a lock is not always a quick operation, sometimes it takes the thief several attempts.

Bumping or ‘rapping’ the 999 key also makes a little noise, and thieves do not like drawing attention to themselves.

Notwithstanding the above, fitting anti-bump locks would be a worthwhile home security precaution.

When it comes to insurance payouts some insurers may be hesitant to pay out to burglary victims who have had locks bumped.

Because lock bumping does not damage either the door or the lock, so
it is difficult to prove that the door was opened by anyone other than
the owner or a key holder.

On the other hand, some insurers offer a discount for homes protected with bump proof locks.

Garage Door Security
Garage door security is vitally important. Of all your exterior doors
your garage door is likely to be the most vulnerable, the door most
likely to be left unlocked and even left open.