Hate the feeling of your property being invaded by strangers 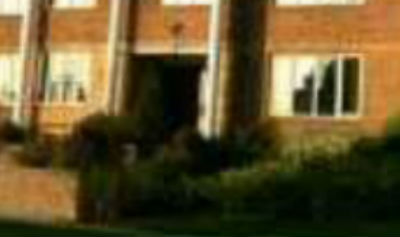 In 1976, I lived in a one bedroomed ground floor flat in Loughborough, Leicestershire.

It was my first home and I had moved there after getting married.

I lived with my husband, Chris and cat, Wally.

Chris and I had been out to a dance until the early hours of the morning. It was very late, say around 3am when we got in and we went straight to bed.

After about 10 minutes, I heard a noise in the corridor – it sounded as though Wally had got a paper bag and was chasing it, playing as only cats can in the wee small hours!

All of a sudden, the light went on in our bedroom – I knew the cat was clever but she couldn’t reach the light switch.

Chris and I shouted out and the light went off again, then the front door opened and slammed closed.

We leapt out of bed and ran to the door, going outside, to see if we could see anybody, but the street was deserted and we couldn’t hear anything at all.

We checked around the flat, trying to see if anything was missing, but all seemed to be well, although Wally was a little unsettled.

There was no way we could sleep now. I felt the flat had been violated and I got hot water and bleach and scrubbed the light switch, the door frames, the front door, back door, the corridor floor and still didn’t feel that it was clean.

I spent the next few days going over the flat time and again, scrubbing everything that I thought the intruder might have touched, in fact, I washed all our clothes, cleaned every single thing that was in the flat. I hate housework with a passion but I felt driven to clean all our things.

We had no idea who it might have been, how they got in, what their intentions were.

We thought about it and decided it might have been a neighbour as our car was not parked outside our flat – we had left it in town with the intention of going to fetch it the during the day.

I looked at everybody in the neighbourhood, scrutinising them, assessing them – it was all consuming, trying to identify ‘who’.

We moved shortly afterwards – not directly because of the break in, but because we had bought a house, but I was very relieved to get out of that flat as I didn’t feel the same about it.

People think that if your contents are insured and you get paid out, then house burglaries are virtually a victimless crime, but it’s not the case – your home and personal space has been invaded and violated and I never felt relaxed there again.

During the 1980s and 1990s, I owned a shop and it got broken into several times – it wasn’t the same as the home break in, as our personal living areas hadn’t been touched, just the shop and contents and customers were in and out all day, so you don’t have the same ‘territory’ feeling.

It was inconvenient and expensive of course as there was normally a broken window to repair and an excess to pay on the insurance claim, but nothing like as traumatic as getting your home broken into.

Burglary really is a very nasty crime as it affects you mentally, it can destroy your peace of mind.