The Unlocked Car And Car Theft.

Let’s
call the lady Sally Jones. I have never met Sally but my wife knows her
slightly and two of my neighbors know her quite well.

Sally lives just two blocks up from here in a house not too dissimilar
to our own, which is a comfortable two story building pretty typical of
small(ish) town, America.

Both homes sit on reasonable size plots and have garages attached at
the side. Sally’s house is on a slight ascent so the drive rises up to
meet the garage.

We are perhaps a little spoiled in this part of
town in that we all have drives and can park up on the drive during the
day.

It’s a bit lazy perhaps but it saves putting the car away in the
garage when we are at home during the day, we may be making several
trips here and there, to the supermarket and back, and then off
someplace else.

This is a nice neighborhood. One of the things that make it nice is
the low crime rate, but it is not crime free. No neighborhood is crime
free.

Car theft happens in this nice neighborhood, not too often but it
does happen.

How about those cars left out on the drive in broad
daylight when the owner is at home? Yes, they have been known to
disappear right off the drive.

That is exactly what happened to Sally
Jones. 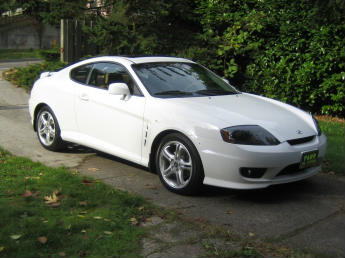 With my interest in home security and defeating crime, including car
theft, you’d expect me to say that I lock my car every time that I leave
it out on the drive, which is exactly what I do.

Plus I make sure that
the immobilizer and alarm are set. (Update. I now garage my car every time, best way of ensuring it does not disappear from the driveway.)

Sally had been around town, into this store and that store, and had a
few purchases that she wanted to drop home before picking up her
youngest daughter from the home of her daughter’s best friend of the
moment.

One of the purchases was a gift for her daughter’s upcoming
birthday; Sally was keen to hide that away.

Pulling on to her drive and killing the motor, Sally intended to be
no more than five minutes. Scooping up her packages and easing herself
out of her car she nudged the car door shut.

Did she lock the car? No
silly, that would of meant an awkward struggle as she was holding the
packages, besides she was going to be no longer than five little
minutes.

The key was left in the ignition. My
neighbors tell me that this was more of a moment of forgetfulness on
Sally’s part, rather than foolishness.

But then dropping those packages
indoors and hiding the gift for her daughter would take no time at all,
and although  theft does sometimes happen around here, it was broad
daylight and this was her driveway. What could happen?

Car Theft The Talk Of The Town

Sally Jones’ unpleasant experience set tongues wagging around the
neighborhood. Each one of us advising the other not to leave their
automobile unlocked on the driveway, or anywhere, even for one minute.

Of course that good advice was taken by most everyone, but how long for?

Hopefully some of us will become so obsessed with locking our vehicles
no matter where we leave them, and no matter for how short a time, that
the act becomes a habit. That’s the way it is with me, I don’t think
about it, I just do it.

I’d bet spending money though, that most
of the neighborhood has already fallen back into parking up on the
drive, dashing indoors just for those famous few minutes and leaving
their beloved car unlocked.

Closing up this little tale – Sally was fortunate, her
car was found less than a week later and less than fifty miles away. It
was a little dusty and showed some evidence of having been driven hard,
but basically it was OK.

The stereo entertainment system was missing
and also a few CD’s, but all in all the lady was lucky. I don’t think I
need to say that victims of car theft usually never see their vehicle
again.

Lock your car doors, make sure the windows are fully
rolled up and lock those doors whether you are leaving your car all day,
or for those few fateful minutes.

Vehicle Security Tips.
A
vehicle is usually the second most expensive asset that we own, the
first being our home. Too many vehicle owners pay too little thought to
the security both of their vehicle, and their personal security and
safety whilst using their vehicle.

Parking Lot Security.
You can do plenty to ensure that you and your car are secure in the parking lot.