You know, it really doesn’t bother me
at all if anyone calls me a busy body or a nosy old goat.

Let me say
that folks who know me well, my close friends and neighbors, don’t call
me that.

They know that I have no desire to pry into other folks affairs or in
some way impose my view of the world, but I do maintain a very healthy
interest in suspicious persons.

Over
the years I have learned that dismissing suspicious behavior, telling
myself that it is none of my business or being frightened of making an
ass of myself only aids felons in getting away with it.

Of course
we are told that there are no suspicious persons, it is the behavior, or
activity, that is questionable not the individuals.

I don’t have much
argument with that except that it is the person that is acting
suspiciously and that’s what I have learned to take note of.

Take Note Of The Behavior.

In my time I’ve lived in neighborhoods where everyone and their aunt looked like a hoodlum, including myself if truth be told.

I
eventually learned how to differentiate between how a person looks and
how they behave.

There were many, many solid gold citizens in those
neighborhoods who would give their last dollar to help a stranger, there
were others who would plunder the pennies from a dead man’s eyes.

If
I’d have learned to take note of the behavior of suspicious persons a
little sooner than I did I wouldn’t have got mugged that one time.

If you see someone try the door of a vehicle then move on to try the
door of another you’d think that suspicious wouldn’t you? Of course you
would. But what would you do about it?

If you ignore the
suspicious behavior, telling yourself that it is nothing to do with you
then the likelihood is that the villain stays free and goes on to commit
many more crimes.

Do Not Put Yourself In Danger

Never put yourself in personal danger but don’t close your eyes to
the questionable behavior, call the police.

Don’t leave it to someone
else, other people will be just as reluctant to get themselves involved
as you are, you do it.

Use your cell phone, we all carry
those these days. Try not to use it right in front of the suspect, walk
on a bit making a mental note as to what the suspect is wearing, their
height and weight, hair and skin color, so you can give the police a
good description.

You notice a vehicle drive slowly up and down
your street there are three men inside.

Later you see that same vehicle
parked outside a neighbor’s home, you know that these neighbors are
usually out at work all day. There is only one man in the vehicle now,
behind the wheel looking around furtively.

Where are the other two
men? Is this suspicious or what! Get on the phone to the police without
delay.

If you can take down the license plates without putting
yourself at risk do so, give the police as much information as you can. 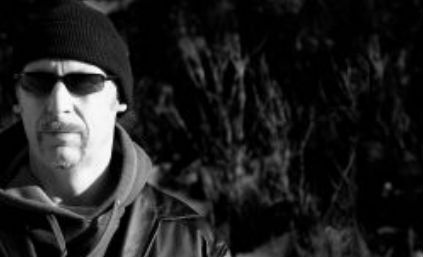 You know to be Suspicious of Strangers at the Door.
What if someone calls and ask for someone, you tell them there is no
such person at your address they politely say they must have been given
the wrong address and walk away.

You are a bit dubious, should
you call the police?

Of course you should, don’t worry if your
suspicions turn out to be unfounded, there is no cause to feel a fool,
think about what you would feel if the caller was a villain and had gone
on to commit a crime somewhere else.

Strangers are not a threat
in themselves of course, didn’t somebody or other say strangers are just
friends you haven’t met yet. But suspicious behavior by strangers is
something to take note of and take action on, which is usually to call
the police.

Become a busy body, with a little practice you can be a
nosy old goat like me. Think about what is suspect behavior and if
you are unhappy or uneasy about something report the suspicious persons.

You will feel a lot better knowing that you may have saved yourself, or
some other innocent citizen, from becoming a victim.

If you suspect it,
report it.

Home Security Checklist. Attend to all the items on this home security checklist your home will be less likely to be burgled.