Someone with the intent of burglarizing your home walks up to
your front door, a loud and savage barking commences. As the burglar
gets nearer, so the barking gets louder.

The burglar is concerned about someone hearing that barking and
doesn’t want to have to deal with an angry dog if he does break in.

And
this dog sounds like a big mean mutt.

So the criminal turns on his heals and walks away.

He’ll leave
your home alone and pick somewhere that is not guarded by a savage
beast.

That is the theory behind barking dog alarms.

So Do These Electronic Bark Alarms Work?

Some homeowners that use these alarms say they are pleased with them
and that they work well. Others that have tried them are less than
enthusiastic.

Naturally, a heck of a lot depends upon how realistic the bark sounds.

If the electronic watchdog does not sound realistic then the
burglar is not going to worry that he will be ripped to shreds by a
waiting Doberman. But he might not attempt a break-in anyway, even if
the burglar is not convinced that it is the bark of a real dog that he
hears, he could worry that the noise will alert your neighbors and so
abort his mission.

Also, it has to be kept in mind that the burglar may be used to
hearing these barking alarms. The bark may sound realistic to you, but
the criminal has learned to recognize it for what it is.

If the burglar knows that it is not the sound of a real dog that
he hears, and he thinks there is little chance that anyone will hear the
alarm, perhaps he has checked and knows that your neighbors are not at
home, then he is going to go ahead and break-in.

Wouldn’t A Real Dog Be Better Than A Barking Dog Alarm?

Yes. A real dog is going to sound like a real dog! And it does not have to be a large dog with a deep bark to scare away a burglar. Burglars do not want the hassle of dealing with a dog, even a small one.

But, many people are not in a position to take care of a dog.
They may be allergic to pets. They may not have the time needed to
exercise the dog, or the hundred and one other tasks necessary to
properly care for the animal.

Also, keeping any pet entails a certain
amount of expense. 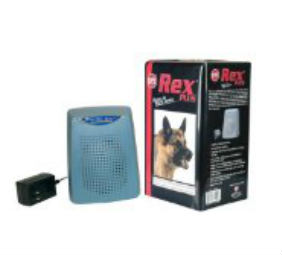 This is why any advertisement that you see for a barking dog alarm
will stress that these alarms give you the security advantage of owning a
dog without any of the disadvantages.

Do these alarms have any advantage over a simple siren only
alarm?

If the bark is convincing then not only is it possible that the
burglar will flee because of the noise (just the same as he would with a
siren,) but also he will not want to risk being attacked by a fierce
dog.

On the other hand, a siren alarm may be better at attracting the
attention of passers by. The sound of barking may be just an ill trained
dog locked in the house.

A siren wailing however signals that something
is wrong. Also a siren is likely to be louder than a barking dog alarm.

So it again comes down to whether the dog bark alarm sounds authentic
or not. If it does it will likely deter a good many burglars,
particularly Opportunist Burglars.

If it doesn’t sound authentic you will probably be better protected by a siren alarm.

How Does A Barking Alarm Work?

The alarm is simply activated by a motion detector. With most models
the nearer the intruder gets to the motion detector the louder, and more
ferocious the bark gets.

You can either set the alarm when you leave your home or leave it
active at all times to warn you of approaching visitors. With many
models you can have an alternative alarm play when you are present, such
as the sounds of a rainforest.

One model also has a remote, so you can
command the ‘dog’ to bark at will.

Whilst in no way a substitute for a reliable whole house Security System, a
barking dog alarm can offer some protection to a single entrance to
your home. But if it is to be anything but a novelty the bark must be
realistic.

A car is coming up your driveway, you are not expecting visitors, is
this good or bad news? The sooner that you are altered to unexpected
visitors the sooner you can take any needed action.