Anti-Burglar Paint Will Keep Intruders and Vandals Off of Your Property.

Have you got a wall or a fence that could be a bit of a
security risk for your home? Perhaps a wall that a burglar might want to
climb over?

Or how about a downspout on the side of your house that an
agile intruder could clamber up?

The days when you could string razor wire along the top of that wall
or fence, or cement a row of smashed glass bottles along the wall, or
fix a strip of nails with the points upward on top of your fence may be
gone forever.

Razor or barbed wire may not be legal where you live, we don’t want poor Mr. Burglar getting hurt do we.

For the same reason you may not be permitted to use anti-climb
spiked collars to stop intruders climbing your drainpipes.

Besides, many
people find such things ugly and would not have them around their home
no matter how effective they may be.

So what can you do? Anti-burglar paint (a.k.a. anti-climb paint,
anti-intruder paint,) is one answer and it is a surprisingly effective one.

What is Anti-Burglar Paint and How Does It Work?

It is a paint that never dries. It remains both sticky and greasy,
and that means it is very hard (read virtually impossible) to get a grip
on anything coated with it.

An intruder will not be able to pull
himself up, or get leverage with his feet, on a wall painted with
anti-intruder paint, that’s why it is known as anti climb.

As a plus, if Mr. Burglar gets it on his clothing, and he will if
he tries to climb, he will find it the devil’s own job to remove, which
could be an aid to detection. Not only that but if he gets enough
anti-burglar paint on his shoes he could leave a trail leading all the
way back to the rock that he crawled from under.

You won’t want to get this stuff on your clothing.

When
applying anti-intruder paint wear coveralls, or old clothes that you
won’t mind throwing away afterwards. You’ll likely need to throw the
brush out too.

It’s very likely that local laws will forbid you using anti-intruder
paint on anything under seven feet or so from the ground. You won’t want to use it lower than that
in any case, you will not want to accidentally brush against it. 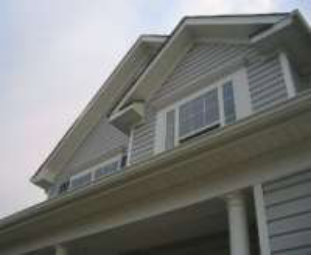 Local laws will almost certainly also state that you have appropriate warning signs.

Time marches on in the fight against crime. The latest versions
of anti-burglar paint contain pigments that are fluorescent, a
glow-in-the-dark burglar sure is easy to link to the crime.

Do you have an attached garage with a flat roof that an intruder
could reach an upper floor window from? No problem, a good coating of
anti-climb paint should keep him off your garage.

No need to paint the
whole of the roof, a broad band painted around the perimeter should do
the trick.

Note. Applying anti-climb paint is a great deterrent against
intruders climbing over high walls, but in most circumstances, you
really should not have a high wall or fence around your home.

High
walls give the burglar too much cover and allow him to work unobserved.

Anti-burglar paint has a working life of approximately 2 years, after that just refresh with a second coat.

Beware Of Distraction Burglary
These criminals often pretend to be persons in authority.
They may even be wearing a uniform, perhaps pretending to be from a
utility company, a medical service or even a police officer. . .

After a Burglary.
After a burglary it is possible you will receive the attention
of a burglar again, probably the same burglar! You see burglars figure
that you will likely replace the items that they have stolen and they
would like the replacements too. They already know the layout of your
home . . .