How To Use Verbal Self Defense In Everyday Life.

It is very difficult to be in a situation where there is a verbal attack being made upon you.

The natural human instinct is to defend yourself.

This
is very seldom the best way to deal with a situation like this because
it can lead to a more heated discussion, and even to a full blown
argument or fight.

Learning how to use verbal defense can help you to calm down a
situation without ever having it escalate to something more serious.

Many may feel that a verbal confrontation is not as dangerous as a physical one.

This
belief may be erroneous, as those who are involved aggressively and
passively can suffer physical illness and even a shortened lifespan due
to the negative atmosphere they are living under.

When a
human is confronted by anything that the brain determines is dangerous
or life threatening, the first thing that happens is a reaction to the situation.

This reaction happens without the chance for the brain to properly process the information.

Instead of thinking if it is truly a dangerous situation, the brain
skips that and jumps right to the defense mechanisms that were
programmed into our brains when the human race was in its infancy,
(fight or flight.) 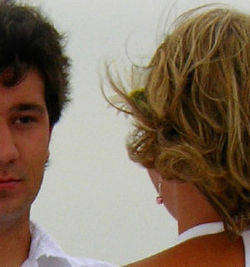 This thought process was vital then for
survival, but unless one is in a dangerous occupation or lives in a
violent neighborhood, most of us are not generally going to be in real
physical danger these days.

The problem is that this ancient defensive thought process has the habit of engaging when the threat is a verbal and not a physical one.

Your
boss tactlessly points out a small error that you have made. Your
spouse has a gripe. A drunken stranger speaks to you aggressively.

In the case of your boss chewing your ear, it obviously would not be a
good idea to physically fight and maybe not such a good idea to
verbally fight him or her.

This holds true even if the ticking off was unjustified. Flight would also be inappropriate.

In the case of the drunken stranger it would be best not to get yourself into an argument.

An
argument with a drunk can easily escalate into an attack even if the
drunk initially had no intention of physically assaulting you.

Flight, in this case may be an answer but defusing the situation with verbal defense is the best option.

Do Not Reward Your Attacker.

Let’s say you have a co-worker who is always on your case. This person enjoys criticizing you.

They may make statements that deliberately get a reaction from you. That reaction is their reward.

If
you get angry, they are rewarded.

Become upset, they are rewarded.

Plead with them, they are rewarded.

Move away, they are rewarded.

As long as you keep giving the verbal bully what they want ( your reaction) they will keep coming back for more.

By
employing verbal self defense techniques you take away the verbally
abusive co-workers reward.

They find there is no point in verbally baiting you if you do not respond in the way that gives them a kick.

The result – they leave you alone, go away and grow up or find somebody else to abuse.

I Don’t Like You! – Responding With Verbal Self Defense.

Someone may not like the way you dress, and feels that they have the
right to tell you so.

They may not like the way you wear your hair, or
your body shape, your beard, the newspaper that you are reading, or the
choice of drink you order at the bar.

They may tell you they think you are a dork.

Reply in kind by telling them that you think they are a klutz, or
that their dress sense also leaves a lot to be desired, and you likely
have a slanging match on your hands and that could lead to physical assault.

Verbal self defense is a tool that can be used to avoid and even end these verbal attacks for good.

There
are techniques that teach you how to communicate and listen so that the
attacker has no fun and no longer sees the victim as an easy target.

Many of these techniques can be taught in just a few minutes and can go a great way to ease an uncomfortable situation.

Verbal Self Defense In Every Situation?

Are verbal self defense techniques the best methods to use in every situation?

Verbal assault is often a lead up to physical violence.

Usually people don’t just walk up to others and assault them.

Most often the confrontation starts with verbal anger which rapidly
develops into violence.

All the time that the confrontation is in the hostile language stage there is a chance that verbal defense can be used by the victim to prevent an attack.

In
some cases though the attacker has made up his mind that there will be a
physical assault no matter what. This may be particularly so in the
case of racial abuse.

The assailant may start off with abusive language but no matter how you respond a physical onslaught follows.

In this sort of situation it is obvious that verbal self defense may not serve you well.

Far
better to get yourself away from the assailant and to a place of
safety. If that is not possible defend yourself from physical attack
with Self-Defense.

It
must be restated that in most instances where you are facing a verbal
attack the perpetrator has no intention of making the attack physical.

They are just looking to be rewarded by your reaction. You will soon learn to instinctively recognize the difference between the two.

We
spend our lives interacting with other people. Whenever we are with
other people there is the chance of being the victim of verbal abuse and
being in need of verbal self defense.

Verbal attacks are
hurtful and can create chaos for the victim and the people around them.
The stress of these attacks can cause serious health issues for all
parties who are involved and for innocent bystanders.

Learning
how to verbally defend yourself is the best way to calm down the
situation and to train the brain away from the flight or fight instinct
that all humans have.

There is no need to worry about flight or fight if
the situation is diffused at the very beginning with verbal self
defense.

Verbal Self Defense Books at Amazon.com

Child Locator Device.
It’s a heart stopping moment but your child locator device can locate your wandering toddler in an instant.